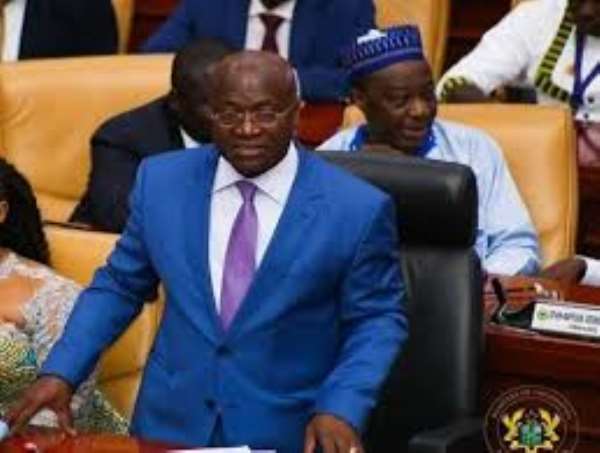 The Member of Parliament for Suame in the Ashanti Region and Majority Leader in a recent interview with Joynews said it would be unwise for the NPP to feature another Akan as flag bearer for election 2024.

This, Mr. F.F Antonio described the comments as “rubbish”.

Mr. Anto’s condemnation comes in as the latest from party bigwigs who have reacted to the majority leader’s view that it will be unwise to elect another Akan presidential candidate after Prof. Adu Boahen, J. A Kufuor and Nana Akufo-Addo.

He was speaking in a meeting with party grassroots in Bolgatanga in the Upper East region.

The meeting, which recorded almost all the NPP national executives, forms part of the thank you tour being embarked upon by the executives across the country.

Addressing the gathering of party faithful, Mr. Anto said that “the majority leader should know better”.

He added that "such unguided comments are divisive” and entreated party leaders to be circumspect in their commentary.

Reacting to the statement by Mr. Anto, the party Chairman, Freddie Blay, together with other national executives present including the General Secretary, John Boadu, the National Organiser, Sammi Awuku, took the opportunity to condemn the comments of the majority leader asking the party men and women to disregard such comments.

It will be recalled that the Hon Majority Leader, Osei Kyei-Mensah-Bonsu, in a recent interview with Joy News TV remarked that after having fielded three Akans as presidential candidates for the New Patriotic Party, it would be unwise for the NPP to field another Akan as flag bearer for election 2024.

According to the majority leader, the purpose of his view is to deal with the “Akanistic” tag being propagated by the opposition NDC.

The majority leader's opinion has since been met with fierce opposition and condemnation by members of the NPP and many Ghanaians. Most critics of the leader’s comment on both social media and traditional media platforms are unhappy with the majority leader for focusing on tribal and ethnic considerations to the neglect of competence, character and charisma, which can win power for the party.

Notable stalwarts of the New Patriotic Party who have expressed strong disagreement with Hon Kyei-Mensah-Bonsu are Hon Boakye Agyarko, former Minister for Energy, Dr Nyaho Nyaho-Tamakloe, a founding member of NPP, Lawyer Obiri Boahen, the current Deputy General Secretary of the NPP and a host of youth groups in the party.