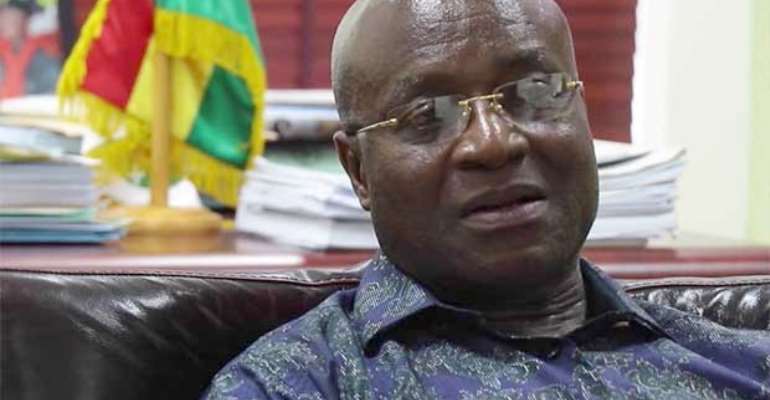 I humbly and respectfully bring you a not so warm greeting from the grassroots. Please I may sound a bit blunt and frank with you in this letter, but please bear with me, maintain some equanimity and accommodate my effusions.

But Sir, why are the greetings from the grassroots not so warm? I think that was quite striking, right? Well Sir, not so warm because the grassroots are not happy with you. Yeah, while you the big men are jostling for positions and pursuing your personal interests, the once luscious grass was turning yellow; and I guess you are smart enough to tell what could be the cause of this unfortunate development.

Sir, it is needless to state that, the grass lacks a number of key nutrients hence its malnourished state. And yellowing grass undoubtedly indicates that, the roots are equally malnourished, and for that matter, not as strong and potent as before.

So Sir, you see? The mood of the party people, particularly those at the grassroots is such that, one’s ethnicity isn’t a key factor in the selection of a flag-bearer for our beloved party, but rather the one that is capable of creating jobs for the teeming youth, while building a stronger and better economy. Sir, people really need cash.

Please, I hope you have not forgotten that, your approval ratings in the party, particularly, your constituency and the Ashanti Region, have taken an uncontrollable nosedive which needs some saving. Sir, with all due respect, your popularity is in dire need of saving, and I know you know about this. Of course you have been crying for “saving” and protection in the last two or three parliamentary primaries. That’s even besides the point.

Now can we please get to the substantive issues? It wasn’t my intention to burst your bubbles. Thank you for your patience, Sir.

But Sir, it shouldn’t always be about the next election, but about the next generation. It shouldn’t always be about your selfish and personal interests, but the common and general interest of the larger group. Sir, over the years, you’ve carved out a niche in the political market as one who is simply an embodiment of selfishness and greed. Please it could be true or false, but Sir in politics, perception is reality. It’s an open secret that, your attempt to take this tribal path is influenced by your own desire and ambition of becoming a running-mate to a “northerner” flag-bearer. Sir, the “grass with its roots” may be hungry and “malnourished”, but we still have our mental faculties in tact. We can read in between the lines, and of course, see the lies within your “truth”. We can see another smart ploy of yours to pursue and advance your own personal interests once again.

Sir, what I find ridiculously ludicrous is when you were quizzed if you would support the Vice President, if he contests for the flagbearership of the party, which you retorted, it is early days for you to stick out your neck. This was after you had already sticked your neck out for a non-Akan in the same interview. And of course, we all know the race is between Alan Kyerematen and the Vice President, which makes your position obvious.

If you really believe that it’s too early for these things, as we must rather be working towards repositioning the party to retain power, you wouldn’t had thrown that destructive statement into the public domain to provoke these unwarranted discussions in both the party and the media. Now this is the distraction that you seemingly attempted to avoid.

Now Sir, permission to reach a crescendo. Granted?! Thank you.

Please, did you intimate that it will be unwise on the part of the New Patriotic Party, which according to you, has been tagged an ‘Akan party’, to present another ‘Akan’ after the tenure of President Nana Addo Dankwa Akufo-Addo? Oh Sir, why have you decided to be the wheels on which this failed propaganda of the NDC should ride? Who tagged our party “Akan”? Ghanaian voters? Certainly not, Sir. Is it the NDC? I don’t need an answer, because it’s just obvious. It’s the NDC. And you know this tag only lives and thrives in the figment of their own imagination and warped perception of the NPP. Because the facts, since the inception and birth of our political tradition and the United Party (UP), say otherwise.

Indeed, this is the political tradition that took the first northerner to the seat of government under the fourth republic, and even also the first Muslim, in the person of the late HE Aliu Mahama.

Please Sir, I need not to remind you that our party, the great New Patriotic Party and our governments, have always embraced all Ghanaians from all walks of life, and have always proven it beyond all reasonable doubts through our deeds, policies and programmes since the days of President Kufuor to the present President Akufo-Addo administration that, we don’t discriminate against northerners and the other minority ethnic groups, but rather, take a deliberate decision to come up with projects and programmes that serve their interests.

It is therefore insulting for anyone to think of northerners as some tribalistic people whose votes are on autopilot for their tribesmen, and as such would vote for the NPP if only one of their own is the leader. Ghanaians, including northerners, have outgrown tribal politics, and it won’t take the NDC and some few NPP senior members like yourself to reintroduce something which is considered toxic to the health of our body politic.

Again, I need not to remind you that, our party is nationalistic in both deeds and nature, and for that matter, doesn’t need the election of a northerner presidential candidate to prove any point, because there is no Akan tag in the minds of Ghanaians that needs to be dispelled. Our party was formed with, and grounded in firm democratic principles and tenets which are respecters of all ethnicities and religions, and don’t put any ahead of the other. We shall therefore not allow ourselves or decisions to be influenced by the already failed propaganda of our political opponents, the NDC.

Sir, frankly, I find it a bit insulting and kind of a ridicule of the Vice President’s competence when people like you choose to beat tribal drums in order to get him to lead the party. What happened to competence? Or is it now ethnicity before competence?

Sir, it’s obvious you’re hell-bent on realising your running-mate dream. Because you started with the suggestion that our 2024 presidential candidate should be selected by consensus, and after realising that most of the senior members in the party disagree with this disguised form of imposition, you decided to go public with this tribal path and emotional blackmail.

Please Sir, how many times have you served the good people of Suame as their MP? A number of times. More than two decades. And you even find a way of imposing yourself on them even when it is obvious that they need a change. So Sir, are there no qualified non-Akans in your constituency that could also serve as MP? Well Sir, sorry for sounding a bit rude, but I think it has taken you too long to do an introspection to realise that, you could have also relinquished your position as the leader of our caucus in parliament, just so we could de-akanise our party of that so-called tag, yeah, that so-called Akan tag that Razak Opoku and his fellow loyalists of the Vice President describe as a curse, i.e., the “Akan-tag curse” on the NPP.

Please Sir, just a cursory look at the ethnicity of your predecessors from the late JH Mensah to Paapa Owusu Ankomah, Felix Owusu Agyepong then to Abraham Ossei Aidoo, whom you succeeded, clearly shows that we have never had a northerner as our leader in parliament. So it was even a golden opportunity for you to walk the talk, but here we are with you as our leader once again.

But sir, as I end, I advise that, we rather focus on helping President Akufo-Addo and his government to succeed, and once that is achieved beyond expectations, you wouldn’t even have to bother about the ethnicity of the next leader; 2024 would be “cool chop” for whoever would be selected to lead the party, unless of course, you’re still drunk in your running-mate ambition which is causing you to deviate from our core democratic principles and values as a party, and by so doing, indirectly offering yourself as a conduit of an NDC propaganda.

Collaborate with NIA to end compilation of new voters’ regis...
15 minutes ago