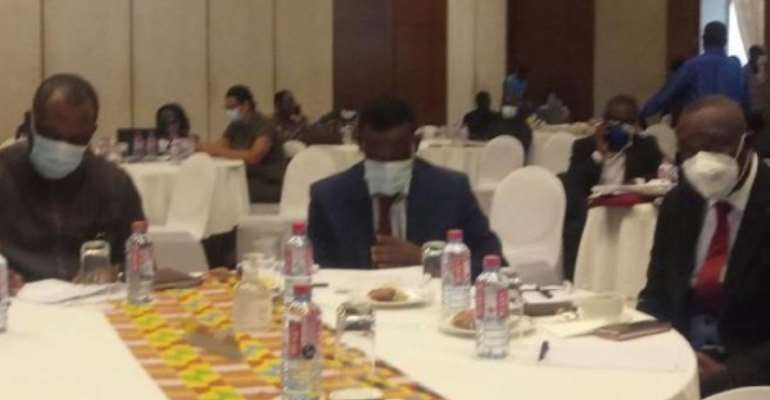 Dr Henry K. Kokofu, the Executive Director, EPA, said SEAs had contributed immensely to environmental mainstreaming and the pursuit of sustainability in Ghana's Development Planning at the national, sectoral and local levels.

He said, “this flows from the days of the Ghana Poverty Reduction Strategies (GPRS) to the current Medium-Term National Development Policy Framework (2018-2021).”

He noted that EPA, working closely with key institutional partners like the National Development Planning Commission, had sensitised and educated decision-makers and built institutional capacities in the application and use of the SEA as a tool for integrating environmental sustainability at the earliest stages of strategic actions such as policies, plans and programmes (PPPs).

"The importance and added value of conducting SEAs were given further boost and buy-in when in 2009, the Government of Ghana with the support of the Norwegian Government requested the EPA to carry out a SEA of the Oil and Gas sector (Offshore) when oil was found in commercial quantities," he said.

"That SEA set the right foundation for our fledgeling oil and gas industry today on the four pillars of sustainability i.e., natural resources, economics, socio-cultural and institutional dimensions."

Dr Kokofu said the SEA of the PIMP also ensured that key environmental considerations were adequately mainstreamed at the earliest stages of the process.

He said that the findings of the Assessment would inform the development of the Domunli Enclave as the Petroleum Hub of Ghana.

"This Hub, when completed will serve the entire sub-region," he said, and that EPA envisioned a Ghana in which all sections of the citizenry valued the environment and strived to attain sustainable development, with sound and efficient resources management taking into account social and equity issues.

Dr Matthew Opoku Prempeh, Energy Minister, said the establishment of the petroleum Hub was one of the Government's strategic anchor initiatives that sought to accelerate the growth of the petroleum downstream sub-sector and the economy.

He noted that the concept was one of President Nana Addo Dankwa Akufo-Addo's strategic initiatives that would serve as a pillar of growth of the Ghanaian economy.

The Minister said the Government had, therefore, secured a 20,000-acre parcel of land within the Jomoro Municipality of the Western Region in that regard; adding that several facilities including storage tanks, jetties, pipelines, refineries and petrochemical plants, would be constructed within the enclave.

Mr Kwabena Okyere Darko-Mensah, the Western Regional Minister, said SEA was generally recognised as an important planning and decision-making tool that guided every nation, which was interested in protecting the lives and livelihood of the people.

He also urged the Government to ensure that the Traditional Area and local communities were involved in the execution of the project.