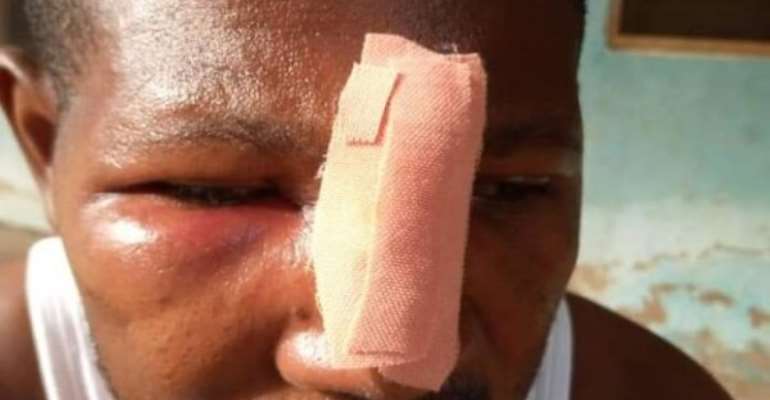 An Accra Juvenile Court 'C' will on April 29, commence trial of the final year student of the Nungua Kroma Two Junior High School (JHS) accused of assaulting a teacher who punished him for failure to do his homework.

He has denied conspiring with 15 other men to assault the teacher and is currently on remand.

The Court on Thursday completed its Case Management Conference after witness statements and disclosures were filed.

The prosecution is expected to call five witnesses during the trial.

It earlier told the Court that the accused (name withheld) refused to do his homework and after he was punished, he dashed home to call 15 other young men who allegedly stormed the school in a Sprinter bus and attacked the teacher, inflicting wounds on his face.

The teacher, Mr Moses Onyameasem, was rescued by his colleagues and rushed to the LEKMA Hospital, Accra, where he was treated and discharged.

After the attack, the mother of the pupil was also alleged to have gone to the school and verbally assaulted the teacher, prosecution said, adding that the development led to the closure of the School.

On Monday, February 22, at about 1215 hours, the teacher, accompanied by Mr Roger Asempa, the Head Teacher, went to the Police Station to report the assault.

The teacher reported that earlier at about 1200 hours, a student in his class and 15 other young men from the Nungua town came to the School in a bus to physically assault him.

Prosecution said a medical form was issued to the complainant to seek medical attention, whilst a joint stakeholder meeting was held over the incident.