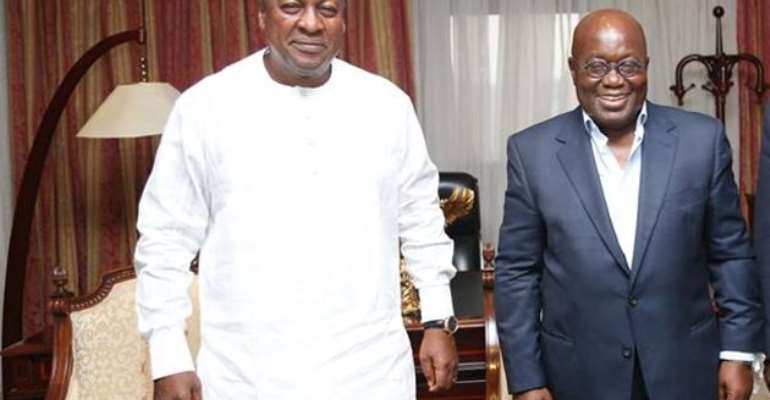 The Office of Former President John Dramani Mahama has described as "a figment of imagination" a story carried by a pro-government newspaper, Daily Guide, that he made some demands to President Akufo Addo as a precondition to cooperate with him.

Daily Guide on Wednesday, April 7 published a story that the former President has demanded that a bauxite concession be returned to his brother, Ibrahim Mahama, before he can "gel" with president Akufo-Addo.

But in a statement issued by the former Deputy Communication Minister, Felix Kwakye Ofosu, on behalf of the former President rubbished the claims saying it's “nothing but a figment of the imagination of the editor and his so-called sources".

He stated, “President Mahama in the aftermath of the Supreme Court judgement on his petition indicated that even though he disagrees with the Court, he was nonetheless bound by the verdict."

Felix wondered “What form of ‘gel’ does the government want with [former] President Mahama, and for which reason, he will even consider making any demands?”

He said the former President remains focused and will not do anything to hurt the democratic credentials of the country.

“He continues to have respect for the constitutional structures and has at no time made any request, nor suggested any conditions, let alone ask for the return of bauxite concessions by any person or entity as precondition for cooperation with the President.”