NPP race: 'Your ethnic-based arguments disappointing, why not give out your position to northerner' — MFWA boss slams Kyei-Mensah-Bonsu 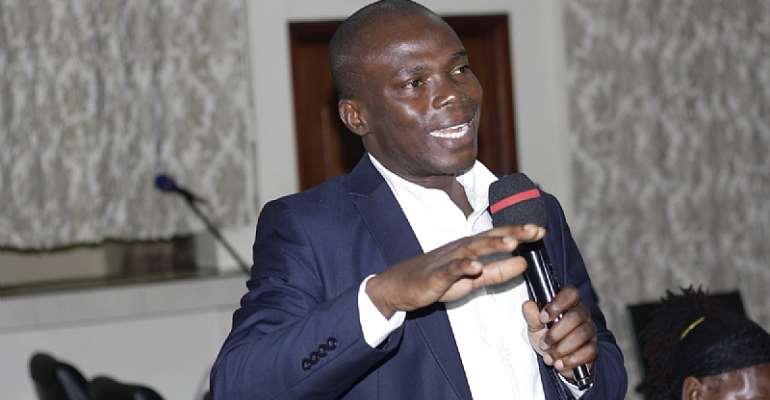 The Executive Director of the Media Foundation for West Africa, Mr Sulemana Braimah has said the Majority Leader Osei Kyei-Mensah-Bonsu must stop making ethnocentric arguments concerning who becomes the next flag bearer of the governing New Patriotic Party (NPP) and focus on competence.

The Minister of Parliamentary Affairs, recently said in an interview that: “Inwardly, I know I have the competence to lead the party but is it wise that after two Akans – former President Kufuor and current President Akufo-Addo” – the NPP “presents a flag bearer candidate with a different ethnicity”.

“I think it is not good for a party, which has been accused by some as being overly Akanistic in nature”, he said, adding: “But not everybody would agree with me and that is the beauty of democracy”.

Commenting on the Suame MP’s comments, however, Mr Braimah said: “Dear Hon. Osei Kyei-Mensah-Bonsu, please stop the ethic-based arguments on who deserves to become the presidential candidate of the NPP for the 2024 elections”.

“If your choice is from the North or Volta, tell us why you think the fellow will be the best to lead the party and potentially the nation”, he said, adding: “Be preaching to us about competence, leadership qualities etc. that should make one a leader rather than your focus on which part of Ghana the next leader of your party should or shouldn't be hailing from”.

In Mr Braimah’s view, “we have one Ghana”.

“What we need is competent, selfless and patriotic leadership, not leadership on the basis of ethnicity or which part of the country a person comes from”, he noted.

He, thus, said Mr Kyei-Mensah-Bonsu’s argument “on this matter has been disappointing, to say the least”.

“More than anything else”, Mr Braimah said the Majority Leader’s “arguments reveal your focus on one thing that is killing Ghana – how to win power”.

To him, “it doesn't matter if Ghana is led by 10 successive Akan or Dagomba leaders”, noting: “The same should apply to political parties”.

“What matters”, he insisted, “is leadership qualities and competence that can help make such leaders lead Ghana into prosperity for all”.

“If someone should have those essential qualities, it shouldn't matter where they come from in Ghana”, Mr Braimah further argued.

He wondered why Mr Kyei-Mensah-Bonsu is not practising what he is preaching.

“Why have you not given way for someone else from the North or West to lead the NPP in Parliament to help deal with the Akan factor you have been talking about? Let leadership and competence be the guiding principle, not ethnicity”.

Stiffer sanctions needed to punish persons who engage in tax...
11 minutes ago