Akim Oda: Hundreds of residents hit by a rainstorm 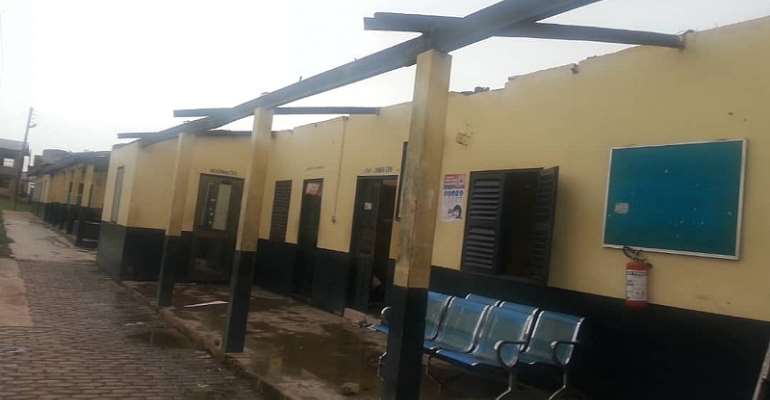 A heavy downpour rain which occurred at Akyem Oda in the Eastern Region has ripped off hundreds of buildings and rendered some residents homeless.

The heavily affected areas include Attafuah SHS, Oda Anglican Primary and JHS, and ST. Luke KG and Primary school. At Attafuah SHS, Mr. Alexander Akwasi Acquah said his outfit in collaboration with the Municipal Assembly would provide mattresses to the affected students. He however charged the headmaster of schools to relocate all victims to a convenient place of abode.

Other affected places the MP and his entourage visited, Mr. Alexander Akwasi Acquah indicated that the disasters’ issues are handled by the NADMO.

However, he said the Municipal NADMO Officers are working assiduously at various scenes by assessing the number of properties which has been vandalized by the rainstorm.

This, he said, would help the government to know the priority needs of the affected persons and institutions.

In a related development, the Eastern Regional Minister, Mr. Seth Kwame Acheampong, and his entourage also visited the scenes and interacted with the victims. According to him, the government under the leadership of Nana Addo Dankwa Akuffo-Addo does all it takes to provide relief items to the affected persons.

He emphasized that the disaster occurred as a result of climate change and informed those who engage in galamsey activities should put an end to it. Mr. Acheampong tasked all residents to assist the government in the protection of Ghana’s forest reserve to ensure incidence-free is recorded during rainstorms.

In an interview, some victims told ISD that many of their properties have been vandalized by the devastating rainstorm and however called on Central Government, Non-Governmental Organizations, philanthropist, Municipal Assembly among others to come to their aide.