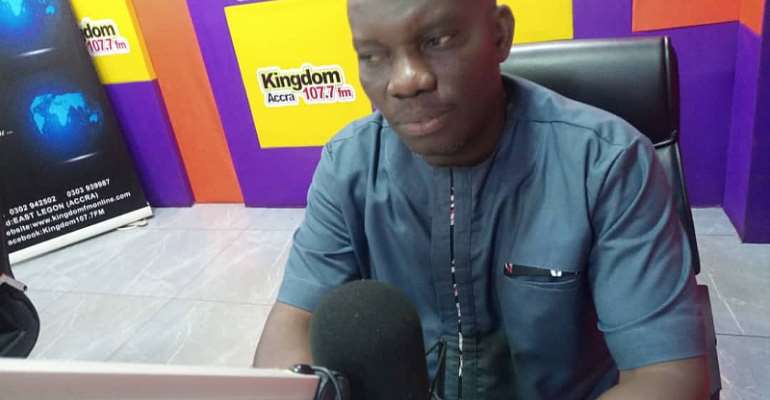 According to him, such utterances must not be tolerated hence Police must act immediately by arresting him.

His Comments comes after Allotey Jacobs told Accra-based Kingdom FM that,’’ “I’ve been calling people in Accra and I want the message to get to Ghanaians that this is what the NDC is planning to do, maybe they have been told by their juju men that my blood can win them elections in 2024. NDC is capable of doing it (killing me), I trust the NDC in some of these things…I’ve been around for a long time in Ghanaian politics and I know of a lot of things,” he said

Mahdi Gibril further stressed that the Police needs to invite him and question him about his unfolding allegations towards NDC.

“I’m pleading with the Ghana Police Service to arrest Bernard Allotey Jacobs as soon as possible, he can’t make those allegations without evidence and go free. He must be called to justify why he made those allegations,’’ Mahdi Gibril exclusively told Reynold Agyemang on ‘Pae Mu Ka’ on Accra-based Kingdom FM 107.7

“We have no time for Allotey Jacobs because we have a nation to rescue," he added.

Mahdi Gibril noted that no one in the NDC cares so much about Allotey Jacobs to call for his death.