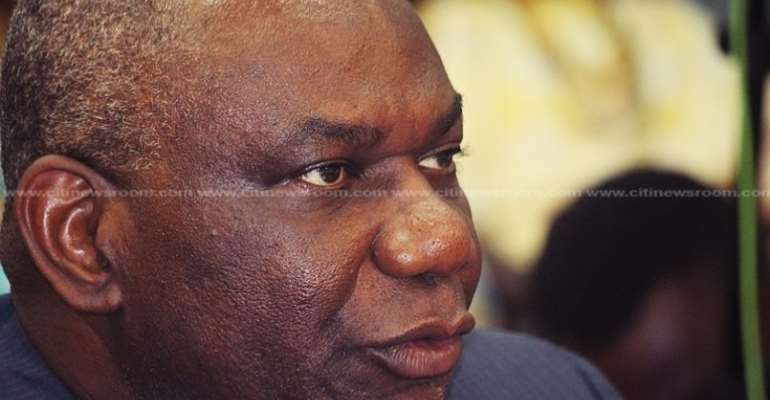 Former Energy Minister, Boakye Agyarko, has taken a swipe at the Majority Leader in Parliament, Osei Kyei Mensah-Bonsu, for his recent comments on the upcoming NPP presidential election.

Mr Mensah-Bonsu had recently made what is described as "unpalatable and unnecessary remarks" that the NPP shall select its next Flagbearer by "consensus", in contravention of the NPP's constitution.

He further made an ethnocentric pronouncement on the upcoming elections within the NPP, saying it was time for a non-Akan person to lead the NPP.

The Majority Leader in an interview with Accra-based Joy News said it’s unwise for the NPP to present another Akan as flagbearer for the party in 2024.

“Inwardly, I know I also have the competence but is it wise for me now immediately after two Akans; Kufour had been the president, Akufo-Addo follows from the Eastern Region and there is a third Akan to follow? Doing introspection, I think it may not hold well for a party that is accused by some as being overly Akanistic party. But not everybody agrees with me. And that is the beauty of democracy,” Mr Mensah-Bonsu said.

But speaking in an interview with Oman FM, Mr. Agyarko, a senior member of the NPP expresses disappointment in the Majority Leader for making such utterances, describing them as “bloody fool” and “infantile”.

“Instead of ensuring that the party is deeply rooted for Ghanaians to know that we are serious people and that when we are given the mandate we do things right, we are there fooling. Why are we disturbing the party? The party has a constitution. For me normally, I will not have mentioned names but I’m disappointed with the majority leader. Are you the one to bring about this noise in the party? he said.

Mr Agyarko believes such remarks should be coming from young people within the party and not the Majority Leader.

He could not fathom why Mr Mensah-Bonsu who should know better as a lawmaker who wants to disrespect the Party's Constitution apparently for parochial interest.