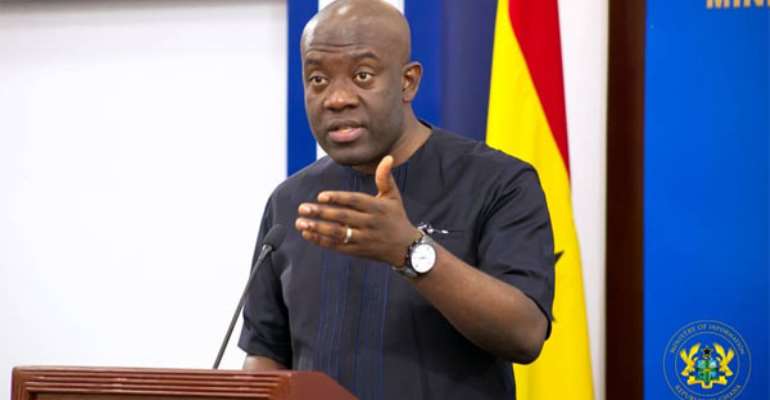 Minister for Information, Kojo Oppong Nkrumah says there are existing laws that can help regulators in Ghana’s media space deal with the issue of spiritualists, money doublers and fraudsters who advertise their activities on television.

According to him, the regulators only need to take advantage of those laws and ensure that they “bite harder” to stop such incidents from occurring.

The Ofoase Ayirebi legislator said it is for this reason he wrote to regulators such as the Bank of Ghana and the National Media Commission (NMC) to alert them about his outfit’s observation and some laws it has been empowered with.

There has been a raging discussion on the kind of content showed on many of Ghana’s television channels following the murder of an 11-year-old boy allegedly by two teenagers at Lamptey Mills, a suburb of Kasoa in the Central Region.

Reports say the two teenagers planned to use the deceased for money ritual after contacting a traditional priest.

Many are of the view that the teenagers conceived the thought of money ritual after watching spiritualists and traditional priests advertising their claimed ability to make people instantly rich.

According to police documents, the two teenagers were inspired to carry out the crime after watching a spiritualist on TV talking about how he could make people rich.

The government and related institutions such as the National Media Commission (NMC) are being held to account as having failed at stopping the activities of self-acclaimed money doublers and spiritualists on national television.

But Kojo Oppong Nkrumah explained that the government, as a policymaker does not have the power to interfere in such a manner but regulators such as the NMC are empowered to do so.

Referring to Article 164 of the Constitution, Kojo Oppong Nkrumah said the laws of the country allow bodies such as the NMC to curtail the rights and freedom of speech of media channels if their action or conduct threatens national security, public order or public morality.

While stating that the impending broadcasting law will address some of the issues, Kojo Oppong Nkrumah said the NMC must immediately begin to monitor and take action against television channels that err by broadcasting shows featuring money-doublers and spiritualists.