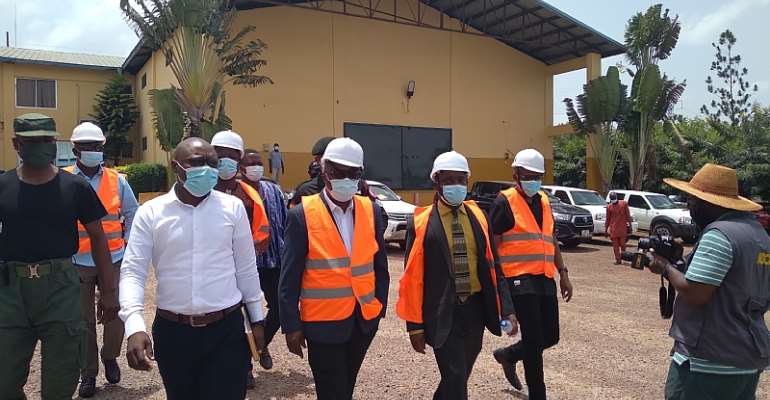 Mr. Kwesi Adu Gyan, Bono East Regional Minister has assured his commitment to dialogue with stakeholders in the raw material producing areas to step up with the production of adequate raw material for the sustainability of the Ghana Nuts Company.

Mr Gyan noted that through his agro-industrialization policy which falls in line with government flagship programmes including the one district one factory and planting for export and rural development was working with stakeholders such as partners at the raw material production areas to continue producing and supplying the company with the needed raw materials for production.

Mr. Gyan gave the assurance during a working visit to the Company on Wednesday at Techiman and indicated that he has begun the process of putting together a competent team and drafting a framework for a sustainable agro-industrialization in the region and that he cannot afford to let Ghana Nuts Company shut down its Soya and Shea processing plants as it was a major stakeholder in creating employment for the youth in the area and improving their livelihood conditions.

He explained that this forming part of government industrialization policy would encourage the raw material partners in the four northern regions to find ways of motivating the shea nuts pickers and Soya bean farms to farm and produce more raw materials in large quantities for the company.

Mr Gyan further explained that a sustainable agro-industry is what is need to expand market access for farmers, the survival of an agro-industry depends on a large extent on the farmers who produce the raw materials need to feed the industry.

He hinted that with the team of experts in agro-industrialization under the special purpose vehicle for socio-economic development of the Bono East Region in place, it would come out with a framework that guides agro-processor-farmer relationship, either as a contract, an out-grower scheme, a strategic alliance, joint venture cooperatives or block farming, to ensure sustainable production and delivery of sufficient raw agriculture materials for the industries.

The Minister further assured of his support and collaboration to ensure that the company operates at full capacity to be able to contribute to the economic development of the region.

Mr. Asante mentioned that the raw was derived from northern Ghana such as Upper East, Northern, Upper West, and the North East Regions respectively and this has however become a challenge for the Company in the supply of raw materials as it was not getting adequate material for frequent production.

He lamented that the company was producing below the expected target and called on the government and other stakeholders to aid it with needed raw materials for production. 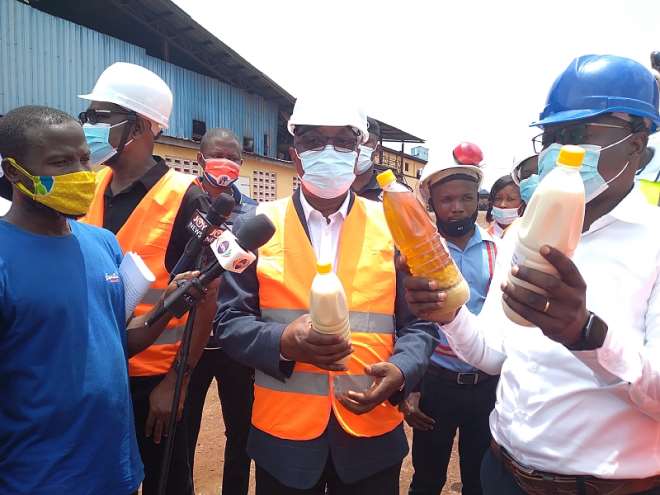 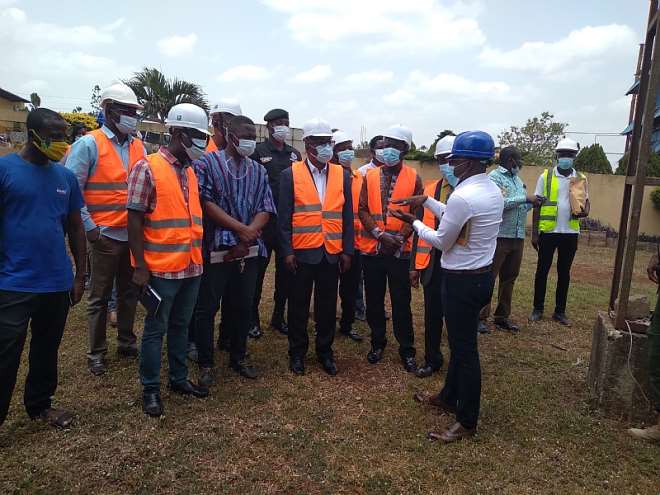