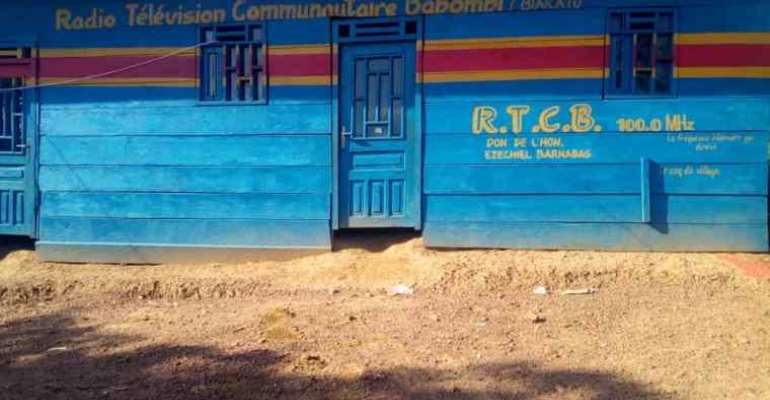 The Radio Télé Communautaire Babombi broadcaster office is seen in the Democratic Republic of the Congo. That broadcaster and Radio Communautaire Amkeni Biakato have recently received threats from security forces. (Photo: RTCB)

Security forces have repeatedly threatened and intimidated staffers at the two Ituri province-based broadcasters over a report they both broadcast on March 10, according to RTCB director Joel Musavuli Mumbere and RCAB director Parfait Katoto, both of whom spoke to CPJ via messaging app.

That broadcast, which CPJ reviewed, included an audio clip from a local human rights activist alleging that a senior military officer had overseen the detention and torture of adults and children in an underground dungeon at a military camp in the province.

“Security forces in the Democratic Republic of the Congo should stop acting as censors and should ensure that journalists can report freely on the military without fear of intimidation or harassment,” said Angela Quintal, CPJ’s Africa program coordinator, in New York. “Those responsible for the threats against radio stations RTCB and RCAB should be identified and held accountable.”

Mumbere told CPJ that National Intelligence Agency agents came to the RTCB office “just after the evening newscast” on March 10 asking for him, but left because he was not at the station. The agents returned the next day and asked staffers why they aired that broadcast, he said, adding that the journalists felt they were being threatened.

“With these threats we really intend to close our station because things are getting worse and worse,” Mumbere said. “We are not blaming ourselves. We verified the information before broadcasting [the allegations].”