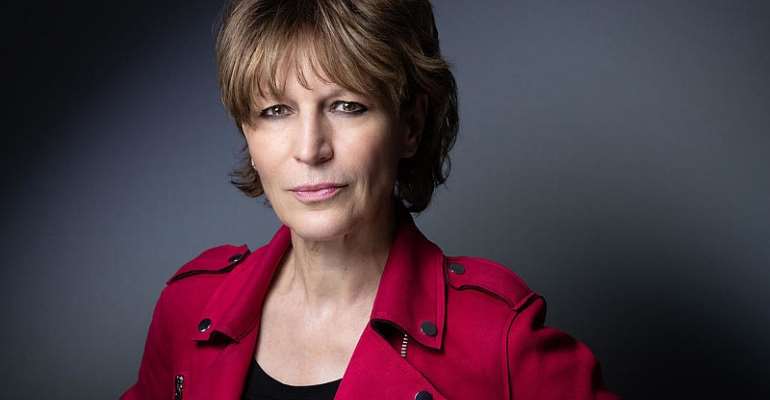 Amnesty International's annual report has highlighted how the coronavirus pandemic has exposed the legacy of divisive policies that have left the planet's most vulnerable more marginalised than ever.

And France's track record in allowing freedom of information when investigating the execution of RFI journalists in Mali eight years ago also came under the microscope when Amnesty International's new secretary-general, Agnès Callamard spoke to RFI.

Amnesty International's annual report published on Wednesday on the State of the World's Human Rights describes how people already marginalised in society have borne the brunt of the coronavirus crisis - a direct result of decades of political discrimination by world leaders.

In a 400-page document, listing human rights failures in 149 countries, the report is critical of "toxic" political leaders who have exploited the pandemic and exploited the crisis to launch attacks on human rights and ethnic minorities.

Speaking in the studio at RFI, Agnès Callamard, the new secretary-general of Amnesty International said: "There has been a universal amplification of inequality that has been highlighted by Covid-19.

"The informal economy cannot survive the impact of the disease on people's livelihood and this hasn't been taken on board by governments," she added.

Callamard also underlined that billionaires, tech giants and Wall Street, however, have seen their profits soar since the WHO deemed the coronavirus outbreak to be a pandemic in March 2020, while authoritarians have weaponised the disease for their own gains and repression.

According to the new head of the Amnesty International, one of the biggest problems facing the organisation is being denied access to information from state authorities when trying to get to the truth of human rights abuses.

These include, among many others, investigations into the extrajudicial execution of the Saudi journalist Jamal Kashoggi, the persecution of Uighurs in western China and atrocities being committed in Yemen.

France has questions to answer too, especially in relation to the murders in 2013 of the  RFI journalists Ghislaine Dupont and Claude Verlon in Mali.

"The French military authorities have not been forthcoming with the information surrounding their execution, preferring to hide behind the caveat of 'protection of defence secrets', thus hiding the truth," Callamard told RFI.

She also underlined that when French hostages were freed in Mali last October, France was involved in their release, along with the suspect believed to have ordered Dupont and Verlon's murder.

"Just because France was behind the Universal Declaration of Human Rights in 1949, that doesn't immunise it against violations nor attacks on civil protection," she said.

The fog of war

When it comes to conflicts on the African continent, the concept of a "war on terror" can be stretched and manipulated by all parties involved in hostilities.

When asked by RFI what role Amnesty International has in investigating alleged crimes or abuses, Callamard is direct.

"Our role is to provide clarity. To go beyond the propaganda and certain media reports", she said. "All players have a responsibility towards international rights and human rights.

"Amnesty International clarifies the nature of their responsibilities and denounces violations when they happen."

The NGO's secretary-general also underlined the importance of impartiality when dealing with rights violations, especially as it is civilians who are the main victims of murders, forced disappearances and torture - no matter whether they have been perpetrated by local militia, recognised military forces or foreign troops.

However, understanding the context of the conflict in the Sahel is key to resolving the insurgencies - not just "in the name of counter-terrorism".

"Climate change, desertification, the disappearance of arable land before your very eyes ... without taking these elements on board, we will never understand or get a grasp of what is behind this crisis - a crisis that environmental agencies have been crying out against for years," said Callamard.

"The fight against terrorism alone will never work until we understand its roots."

(With Frédéric Rivière and Véronique Gaymard)