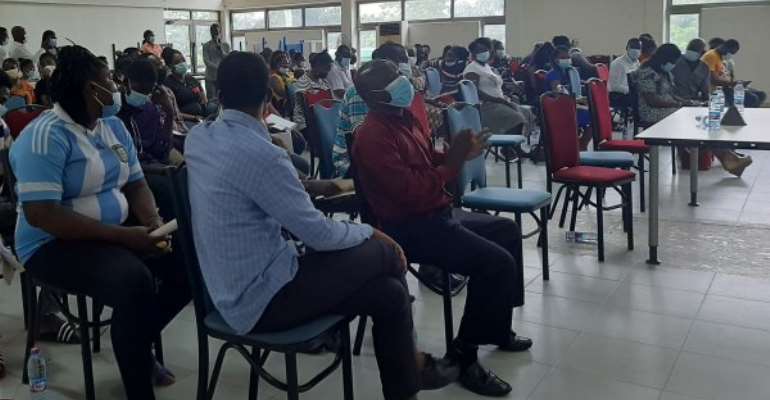 She has, therefore, advised women to pursue education and training as well as engage in income generation activities that would empower them economically and in guaranteeing their livelihoods.

Women having sources of livelihoods, she said, was critical to preventing economic abuse and marital challenges which often contribute to domestic violence and abuse.

Mrs Abbeyquaye urged women not to abandon their work or any source of livelihood for any reason, saying, it often culminate in abuse in marriages.

She said this during a youth forum organised by the Department of Gender under the Ministry of Gender, Children and Social Protection.

The event was in partnership with Plan Ghana and Ghana Education Service (GES) in Koforidua to highlight traditional perceptions on gender roles and relations, and the impact it has on gender-based violence.

The forum was the theme: "Should gender roles and relations be promoted or not" and formed part of activities of the gender department to create awareness on gender-related issues in homes and workplaces during this COVID-19 pandemic.

Often, she noted, domestic violence and abuse cases were reported by women in marriages who had stopped work on the instructions of their husbands or partners or their own accord.

Mrs Abbeyquaye called on parents to educate their children, both boys, and girls, in ways that would promote gender balance.

Mrs Miriam Minnah, Eastern Regional Director of the National Youth Authority, entreated men to do away with stereotyping men who tried to do house chores to support their wives.

She said the best way to train children to grow up to appreciate societal values was how husbands and wives related at home, and mutually helping each other without enforcing negative gender perceptions.

Mrs Patricia Brago Gyamfi, Eastern Regional Girls Education Officer of GES, called on parents to support their girl children in every way to pursue education to the highest levels.

That, she said was one of the key ways to reduce gender-related issues which affected women and girls.