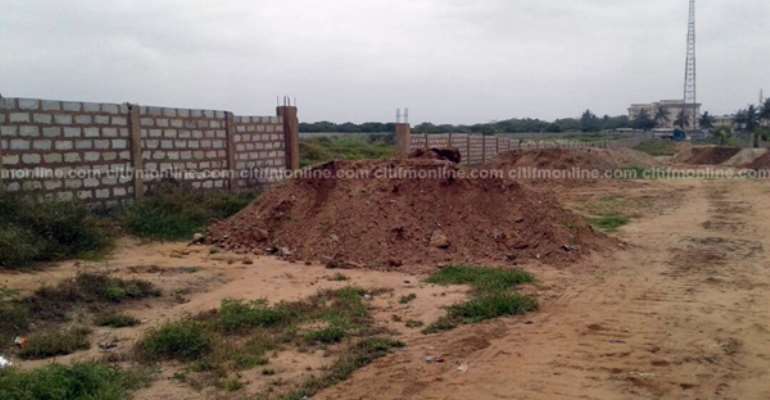 The Engineer for the Tema West Municipal Assembly, Vincent Blah Quarshie, has said his life is in danger over continuous attacks by land guards at the Lashibi Ramsar site.

Several structures have been erected on a water holding area at Lashibi which according to authorities contributes to perennial flooding in the community.

During a visit to the site by the Greater Accra Regional Minister and a team of Police and NADMO officials, the Engineer said failure on his part to have the buildings pulled down is due to attacks on his life by land guards in the area.

The Engineer of the Tema West Municipal Assembly, Vincent Blah Quarshie explained that: “With regard to coming to this place, there are a lot of land guards here and they are the people they use here. There are times that I have been here with the taskforce, but that did not stop the attacks.”

During one of the attacks, Mr. Quarshie said “They [landguards] used a cement block to hit my back. They pulled a gun, and it was through the divine intervention of the police [that saved me]. So it has become some sort of threat. They pulled a gun on my assistant and since then he has decided not to come to the site.”

Successive mayors, upon the assumption of office, always promise to reclaim the Ramsar site from the hands of encroachers but to no avail.