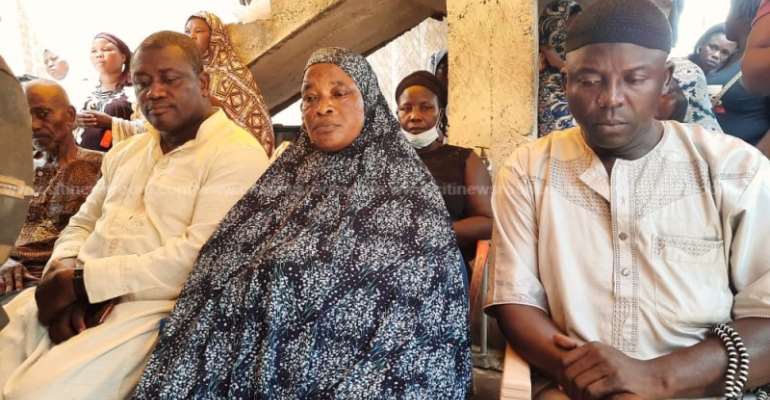 The Family of the 11-year-old boy who was murdered at Kasoa in the Central Region wants the police to fast-track investigations so they can bury their son as soon as possible.

Spokesperson for the family, Samed Akalilu, says the family is aware of the investigations, but their son must be buried in line with Islamic tradition.

“It is very painful but the expectation is that a Muslim is to be buried not long after his passing. We are not oblivious of the fact that there have to be investigations into the matter, we only want the police to expedite the investigations.”

“If we get Ishmael today, we will bury him right away. But then, we also want the perpetrators to face the full rigours of the law,” he added.

Many Ghanaians have been left shocked following news of the alleged ritual murder of 11-year-old, Ishmael Mensah by his friends, Felix Nyarko, 16 and Nicholas Kini, 17.

The incident occurred on Saturday, April 3, 2021, at Coca Cola near Lamptey Mills, a suburb of Kasoa.

Preliminary police investigation revealed that the suspects invited the deceased to an uncompleted building and hit him with a club and cement blocks, killing him instantly.

“Suspects after that buried [the] deceased in the uncompleted building and awaited his removal in the night for ritual purpose,” a police statement said.

Some residents in the area say there may be other accomplices, but the police are yet to establish that.

The two suspects currently in police custody are said to be Junior High School students.

Meanwhile, a delegation from the Central Regional Police command is expected in Kasoa later this week over the alleged ritual killing.

As part of the visit, the delegation will commiserate with the affected family.