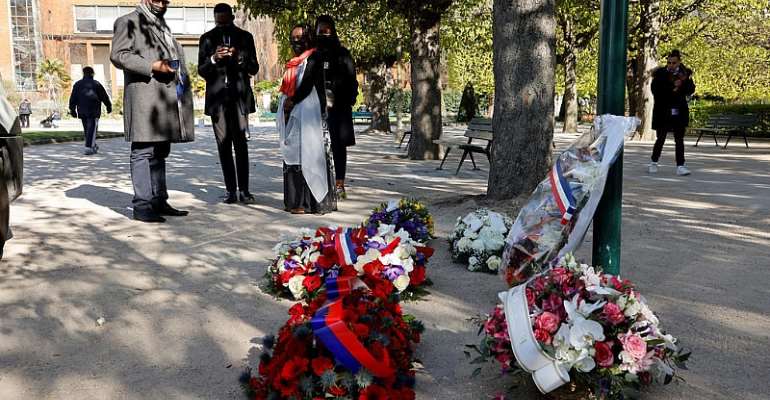 France will open up a number of state archives covering the genocide in Rwanda, the government announced on Wednesday. The move comes as Kigali marks 27 years since the start of the mass killings on 7 April 1994 that saw some 800,000 people slaughtered.

Archives detailing the work of then-French President François Mitterrand, as well as former Prime Minister Edouard Balladur, will be made available to the public, according to a decree which became effective on Wednesday.

The decree describes a “general exemption intended to facilitate access to public archives relating to Rwanda between 1990 and 1994 kept in the national archives,” according to the government's official gazette.

France's role in the genocide, targeting Tutsis and moderate Hutus, has long been the subject of tension between Paris and the Rwandan government.

The documents include diplomatic cables and notes that were sources for a recently published report commissioned by President Emmanuel Macron investigating France's role in the genocide.

Failure to stop massacres
The investigation, led by historian Vincent Duclert, concluded that the French government failed to help stop the killing and held it responsible for its inability to see preparations for the genocide.

“For a long time, France was involved with a regime that encouraged racist massacres,” said the commission's report, outlining how the archives did not show that the French government willingly joined a genocide.

But at the same time, Mitterrand's government “remained blind to the preparation of a genocide by the most radical elements of this regime”, the report published at the end of the March added.

Macron ordered the investigation to try and answer long-standing accusations that France was complicit in the crimes, committed between April and July 1994 after an attack on former President Juvenal Habyarimana's plane unleashed a vicious wave of killing.

The Elysee had said it hoped the report would mark a turning point in reconciliation between the two countries. While Rwanda's government said it was an important step in establishing a common understanding of what France did.

Warming relations
Macron has said he hopes to visit Rwanda for an official trip between April and May, ahead of a Paris summit on investment in Africa on 18 May.

Dozens of African heads of state have reportedly been invited, including President Paul Kagame, who has been involved in the organisation of the event.

Macron's efforts to repair relations between the two countries have included a number of initiatives, such as Paris supporting the candidacy of Rwanda's former minister of foreign affairs, Louise Mushikiwabo, to the head of Francophonie, the club of French-speaking nations.

France has also opened a probe into alleged crimes against humanity committed by top former Rwandan military official Aloys Ntiwiragabo, who was found in the city of Orleans. Police have also arrested Felicien Kabuga, one of Rwanda's most-wanted genocide fugitives who was tracked down in a Paris suburb.

Remembrance events in Rwanda for the genocide are somewhat subdued this year, according to reports in the local press, with the Covid-19 pandemic impacting the scale of gatherings.

Three days of restricted events are expected, starting with the laying of a wreath and lighting of a flame of remembrance at the Kigali Genocide Memorial.

Rwandans encouraged to mourn despite Covid-19

Kagame is expected to give an address at Kigali Arena with Rwandans encouraged to follow proceedings on radio, television and social media.

Other initiatives, such as the Walk to Remember, a regular fixture of genocide commemorations since 2009, have been cancelled, owing to social distancing measures implemented to stem the spread of the coronavirus pandemic.

Despite the scaling down or cancellation of events, Jean-Damascène Bizimana, head of the National Commission for the Fight against Genocide, was keen to underline that Rwandans can still take time to grieve.

Rwandan MP: the youth will benefit from reconciliation, not us

“People will be allowed to visit genocide memorials to mourn their loved ones but Covid measures will apply,” Bizimana said, according to the New Times newspaper.

Meanwhile, Ibuka, an organisation working for survivors of the genocide, has renewed calls for countries to pursue genocide deniers.

Jessica Gerondal Mwiza, deputy chairperson of Ibuka-France, said more should be done to force the extradition of genocide deniers in countries like France.