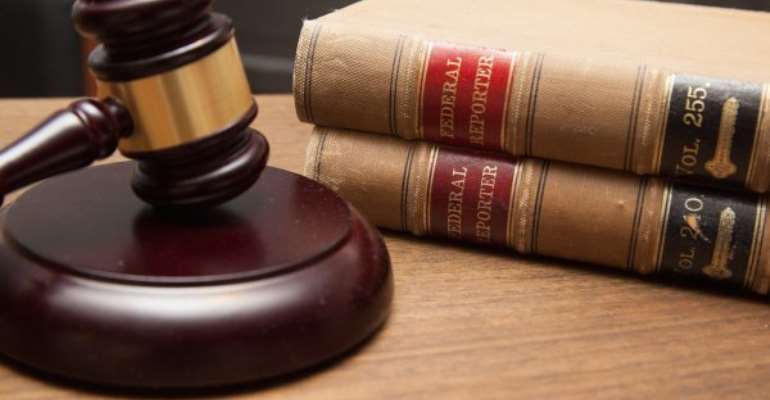 The Enchi District Magistrate Court has granted bail in the sum of GH￠3,000 with one surety to a 61-year-old farmer, Kwabena Somiah for intentionally damaging a pumping machine valued at GH￠2,800.

He pleaded not guilty and will re-appear before the Court on Wednesday April 7, 2021.

Prosecuting, Police Detective Inspector Joseph Kwadwo Agyare, told the court presided over by Mr Eric Baah Boateng, that the complainant, Richmond Asmah, a trader is a relation to the accused who is popularly known as Kanawu.

He said Asmah and Somiah lived in the same house at Kokoase in the Aowin Municipality where the complainant's father owned a place of convenient which was being used for commercial purpose.

He said on March 17, this year, around 5:20 am, the complainant who is the care taker of the facility, noticed that the sceptic tank was full but there was no sceptic emptier to dislodge the faecal matter.

Prosecution said the complainant decided to use a pumping machine to remove the faeces into a container to enable him dispose of it later.

Detective Agyare said the accused alleged he had persistently warned the complainant and the father to refrain from such act but to avail.

Somiah who was upset went for a club and damaged the pumping machine, the prosecutor said.

He said Asmah informed his father and they reported the case to the police where accused was arrested to assist investigations.

Detective Agyare said accused in his caution statement admitted the offence and explained that he earlier told Asmah and the father to desist from that unhygienic act but both refused to heed to his advice.