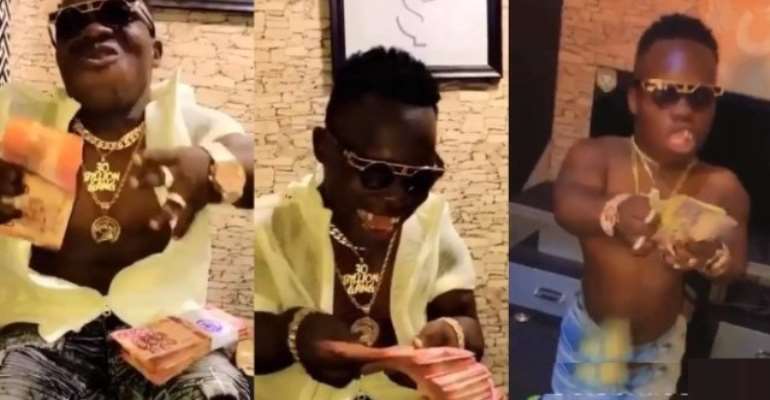 In the case of Ayisha, and if we are to go by the narrative of the family, and holding all other issues constant...the charge would have been a defilement and not rape. This is so because, it is alleged by the family that the girl is below 16 years. Section 98 of the Criminal Offenses Act, 1960 (Act 29) defines rape: Rape is a carnal knowledge of a female of not less than sixteen years without her consent.

Assuming without admitting that Shatta Bundle indeed had carnal knowledge of Ayisha, who the family is claiming to be less than sixteen years, his offense would have been defilement and not rape.

Section 101 (1) of the criminal offenses Act 1960 (Act 29) provides: for the purposes of this act, defilement is the natural or unnatural carnal knowledge of a child under sixteen years of age. By this provision, if the state is able to prove all the elements of the offense of DEFILEMENT, that is:

2. that Shatta had natural carnal knowledge (ie any small degree of penetration through the vagina) with or without her consent, or

3. that Shatta had an unnatural carnal knowledge (any degree of penetration in the anus), with or without her consent....then the law will catch up with Shatta.

NB. In the case of defilement, there is no provision for the CONSENT of the girl, because at that age, the law presumed that the girl has no mind of her own. So, the narrative the said Ayisha gave won’t have a place in the law, if the family/state sues and are able to prove that she’s 16 years, then those videos making rounds about her consent to the act won’t have a place in the law.

If found guilty of the above offense which is a first degree felony, Shatta Bundle will be liable on summary conviction to a term of imprisonment of not less than 7 years and not more than 25 years. This is what is provided for in sub section 2 of section 101 of same Act 29.

Can the family sue Shatta Bandle for kidnapping? As per the provisions in the law and by the narrative given by the said girl (alleged victim), what happened does not amount to kidnapping. Section 90 (a) and (b) of Act 29 define kidnapping as follows:

-A person commits the criminal offense of kidnapping if he/she

a) unlawfully imprisons any other person, and takes that other person out of the jurisdiction of the court, WITHOUT THE CONSENT of the other person;

From paragraph (a) above, the available videos indicated that the girl willingly followed Shatta to Tamale and by that she gave her consent, so the family can’t make the case for kidnapping. And in paragraph (b) once the family knew where the girl was and could reach out to her according to the narrative then, there can’t be an issue of kidnapping in the eye of the law.

Can Shatta Bandle sue for damages in the case of libel and/or defamation? Section 113 of Act 29 captures cases in which a person can be guilty of libel while 114 of same act defines a defamatory matter.

Section 113 provides: A person is guilty of libel, by print, writing, painting, effigy, or by any means otherwise than solely by gestures, spoken words, or other grounds, unlawfully publishes any defamatory matter concerning another person, either negligently or with intent to defame that other person.

By the above provision, if Shatta Bandle can prove in court that the publications by the family and/or media outlets are defamatory, he can have a case if he should sue for damages. This can only have legs to stand in the eye of the law if he is proven innocent of the offense of defilement, if not he won’t have a case.

What then would constitute defamatory matter? As per the provision of section 114 of the criminal offenses act, a matter is defamatory which imputes to a person any crime, or misconduct in any public office or which is likely to injure him in his occupation, calling or office, or to expose him to general hatred, contempt, or ridicule. This is what the law provides. So if Shatta feels the publications by the family and some sections of the media on the matter are injurious to his occupation (Entertainment & Comedy) and his person, then he can sue in the civil courts for damages.

NB: If he sues, the burden of proof lies on him and not the state since it is a civil case.

In summary, the family through the state can have a case in court if they are able to prove that the girl is indeed less than 16 years. With this they can sue Shatta for defilement and not rape. In the case of defilement, whether the girl consented to the act of penetration or any indecent assault, once all the elements of the offense can be proven by the state then, Shatta can be convicted summarily to a prison term of 7 years or more but not more than 25 years.

Conversely, if the family sues and they are not able to prove all the elements of the case, and in the end Shatta is acquitted and discharged, he (Shatta) can sue for damages for intentionally or negligently causing unrepairable damage to his reputation as a public figure in the Entertainment Industry.

NB: the videos making rounds of the girl making the case that Shatta didn’t have carnal knowledge of her and equally assuming that even if there was any, she consented to it, in the eye of the law, if it is established that she’s indeed less than 16 years and that Shatta had carnal knowledge of her, those videos means nothing in the eye of the law. But in the issue of kidnapping, the videos are material evidence to absolve Shatta from any liability holding all other matters constant.

This is the spiritual opinion of the Youth Imam. Mind you, it is an opinion using the available laws and not an attempt to side with any of the parties in this case.