The Ravens Of The Sky 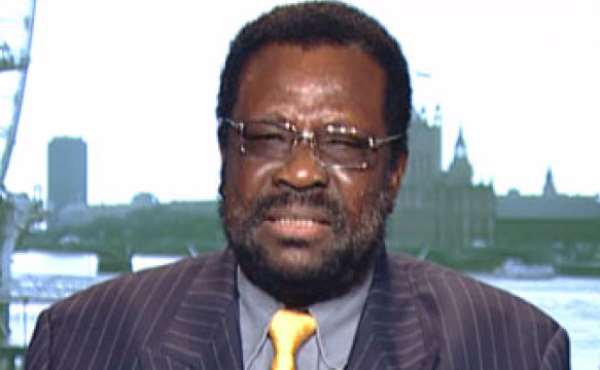 The raven (what the zoologists call “the white-necked African raven”) or what the Akans call kwaakwaadabi or anene, is one of the most remarkable birds in the world.

Its appearance was, of course, so striking to our ancestors that they wove a proverb out of it. In fact, the proverb they created to describe the raven is a perfect definition of the word, “paradox”. For what the proverb said of the bird was this: “wafira birisi de nwera abɔne kɔnmu!” [This means, literally, that “it has donned a mourning cloth [birisi] on its body, whilst, at the same time, it is wearing a white cloth [ɛnwera]around its neck, to proclaim to the world that it has been found 'guiltless'' of any charges laid against it, and it's therefore rejoicing!”

Now, these symbolic signs of “mourning” and “guiltlessness” are very eloquent in Akan culture: when someone is wearing a black cloth, it is unnecessary to ask the reason why: everyone appreciates, immediately, that the person is in mourning. Similarly, if a person emerges from, say, a chief's court, wearing a white cloth around his/her neck, or having been smeared on the hair with white powder, he/she carries a clear message: “The court has decreed that I am innocent of the charge laid against me by my adversaries.”

Now, what sort of bird could have extracted such a double-barrelled sample of rich imagery, tinged with philosophical peroration, from the linguistic mill of our ancestors?

On the one hand, it's named after the uncouth and raucous, onomatopoeic sound that rents the air from its throat like a trumpet all day long. But on the other hand, the same bird summons into being, the notions of mourning and exulting -- simultaneously. Yet, strictly speaking, the two notions ought to annihilate each other. Ha – think of the problematic co-existence of "matter" and "antimatter" in physics!

You can see from the above observations that I have had to devote a great deal of attention to the bird we also commonly call the “crow” in Ghana. The reason is that the bird has astounded me beyond measure by how it has recently behaved towards -- myself!

You see, I am used to breaking a piece of bread into crumbs and throwing the pieces into my yard (I dare not call it a garden!) for the birds 0f the area to come and pick up. They do so gratefully. The first to come are, usually, the “bola-birds” or “atwuro”. Tiny and unobtrusive, they go about munching bread-crumbs, gratefully sweetening them by picking up ants that also come out of small holes in the ground, to partake of the “manna” I drop.

The bola-birds accompany their eating with little shrieks of delight. And I join them in spirit. I remember the verse from the Psalms that we, as children, used to recite at the lunch-break in primary school: “They all look to you for their daily bread at the appointed time. You give them and they pick it up. You open your palms and good things come out to satisfy them!”

Why can male animals be so stupid? The female, busily intent on eating, can't see that the male behind her is comically bopping its head up and down in a display meant to attract the female! Yet the male keeps doing so, meanwhile, puffing its feathers up to make it look bigger than it actually is. Behind her! Why doesn't the male dove wait for the female to fill its belly with bread-crumbs first, when its attention can be attracted -- from the front? Anyway, he's punished for his stupidity, for any time the female hear his footsteps coming too close to her butt, she flies away!

The female keeps flying away and flying away from the male, "obviously" irritated by his dogged attempt to mate with her. Yet the male continues its display, as if it's not interested in whether it is noticed or not, let alone whether its homage is appreciated. But it's all an act on the female's part, it seems. It's been only two or three times, but I have seen the male succeed in getting his way with the female! The evidence suggests that whatever one can say of the male dove, one cannot deny that it's got bags of patience and perseverance with which to wear down the resistance of the female. Human males should lewarn from this that initial feminine indifference CAN be overcome!

After the doves have eaten for a while, they arr joine by the gur-gurbirds (apatuprɛ). Who at all gave this remarkable African bird such a nondescript name (apparently, the name means “bird” in ancient Babylonian!)

I do love these birds, because, when I was a kid, we interpreted their beautiful, bass singing notes, sung in chorus all day, to be asking: “Mankani da gyem! Wonnkusa?” (Aren't you going to tend the cocoyam you've put in the fire? Remembering that usually makes my mouth water, for new cocoyams, roasted in an open fire and "scraped" of its burnt outer skin, leaving the hard shell behind, is a delicacy that 's every bush boy's desire!)

As the apatuprɛis nervously picking up breadcrumbs, comes the raven/crow. Now, this is a bird that's as clever as a bird can be. It doesn't fly straight down but swoops about six feet across the yard, taking in everything. Next, it goes to perch on the roof opposite mine, or on any tall thing that can give it full visual command of the yard, and waits. Still looking.

When it is satisfied that everything is okay, it makes an awkward landing, using its talons to steady its heavy frame, which threatens to make it fall over, after every two steps. Then it begins to eat – naturally going for the larger morsels first. After it has swallowed one or two pieces, it puts a fairly big morsel in its beak and flies off. It would have gone to feed its chicks in its nest elsewhere.It would be back.

When it comes back, it's usually accompanied by two or three other crows. At this stage, all the other birds fly away and leave the yard to the crows, for the crows are both noisy and very bossy. The bola-birds, in particular, have to become very alert, for the crows bully them a lot by threatening to peck them if they don't leave the bread-crumbs for the crows!

It was the worst mistake I could have made. The crow jumped up and angrily flew away. But as it flew off, it yelled back at me very loudly several times. I was left in no doubt that it had taken my "interference" with its "territorial authority" over my yard, very badly indeed.

I didn't think much of what had happened. Until the next morning.

When I had thrown the breadcrumbs around the yard as usual, I went to sit on my chair to await the arrival of the birds. But this time, it was the crows that came first. They didn't land in the yard. They went and perched on the roof opposite.

WHAAAT? Had they really "invaded" my home?