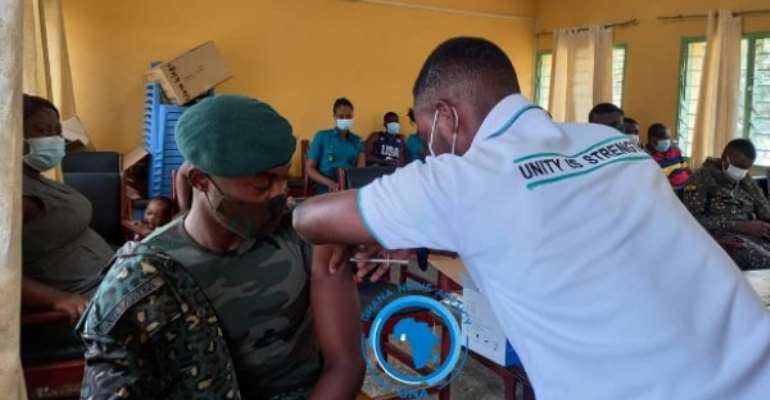 Officers from the Ghana Immigration Service (GIS) have taken their turn to receive the COVID-19 vaccines in the Hohoe Municipality.

He noted that the Wli border, which shared a boundary with Togo was still closed to human movement and opened for transportation of goods.

The Commander said unapproved routes were also being protected to ensure that nobody used them to and from Togo.

Mr Philip Nani-Tome, Hohoe Municipal Disease Control Officer, said a total of 1,010 people have received the jabs in the Municipality.

He said officers from the rest of the security agencies as well as staff from the banks, District Assembly and media organisations would also be vaccinated.

Mr Nani-Tome said no one had reported any serious issues after taking the Covid-19 jab.

Stiffer sanctions needed to punish persons who engage in tax...
12 minutes ago