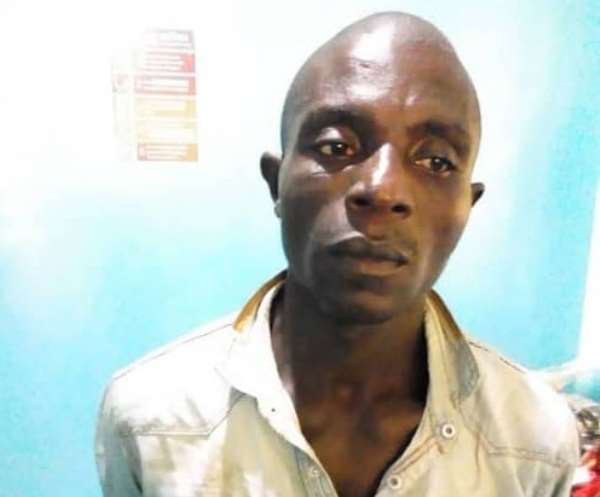 Aflao District Court has remanded Gali Golo, into Police custody, for beating his wife to death.

Gali, 38, fisherman, who is alleged to have beaten Beatrice Logosu to death is to reappear on April 14, 2021.

Chief Inspector Bob Wuda, prosecuting narrated to the court presided over by Stephen Akrasi that the accused and the deceased lived at Akame in the Ketu South Municipality.

He said the Police arrested the accused after receiving information around 8am on March 28, 2021, that the accused had beaten his wife to death the previous night and secretly sent the body to the Hosanna Clinic mortuary in Agbozume for preservation.

Chief Inspector Wuda said neighbours of the couple told the Police that the accused initiated the assault on the deceased around midday of March 27, for alleged infidelity and threatened to kill everyone that condemned his behaviour.

“The couple carried the fight deep into the night only for neighbours to learn in the morning of March 28th, 2021, that Logosu had died.”

The prosecution said Police went to the mortuary to recover the body which had been embalmed and found that there were bruises on the body with blood oozing from a broken jaw and the neck appearing to be broken suggesting a possible case of strangulation.

Denu District Police Commander, ASP Joseph Nakoja, speaking to the Ghana News Agency after the court proceeding, said the Police was still conducting further investigations with the mortuary attendant at Hosanna Clinic, where the deceased body was deposited to assist investigation.

He disclosed that Police had still not been able to contact any family member of the deceased who was believed to be a Beninese and called on the public to help reach the family.

“For now, Police haven’t gotten in touch with the deceased family in Benin and neither have we been able to identify any close relatives in Ghana. We are therefore appealing to the public to assist Police to trace deceased family, especially those around Adzo Anyomi (abolo seller's) house at Tsorkome, near Kokrobite in the Greater Accra Region.

The accused claimed that was the area he got to know the deceased in 2015. He also said the deceased also had a Ghanaian lady friend at Atorkukope near Aflao.