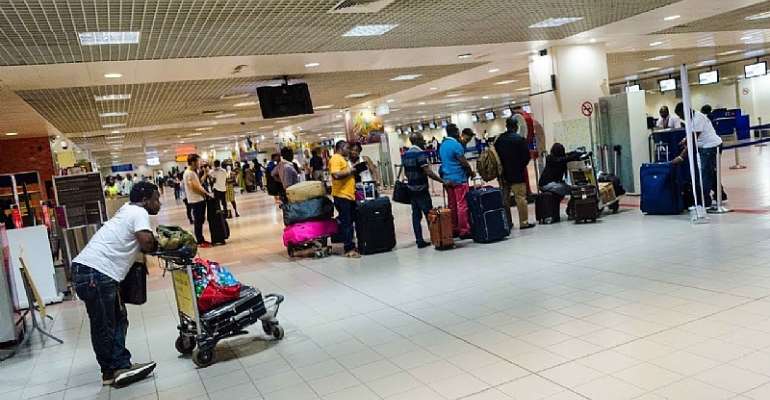 Highlights for this week’s aviation industry news are topical happenings from March 29 – April 3, 2021. Find the highlights below:

As part of his inspection of ongoing projects at some of the country’s domestic airports, Transport Minister, Kweku Asiamah has so far expressed satisfaction with the works done.

At the Sunyani Airport, works as reported are at a 95% completion stage and after almost six years the facility is expected to be open for commercial use in May, 2021.

At the Tamale Airport also, upgrade of the facility is at a 57% completion stage for the phase 2 project, while attempts according to the minister are being made to further run a phase 3 to upgrade the facility to international status.

EgyptAir says it will from July 2, 2021 resume its Dusseldorf flight. The airline will connect passengers to the city with flights on Tuesdays, Fridays and Sundays from Cairo.

The airline is also offering a 40% discount on all tickets purchased to/from Athens, Greece. The Offer runs from now until April 22, 2021 and valid for travels from now until May 8, 2021.

Air Senegal says in response to increase in demand, it will increase its flights frequency to 3 times weekly flights to Douala, Cotonou and Libreville from its hub in Dakar.

The airline which operated in Accra before the COVID-19 pandemic has for now not resumed its operations in the country due to the slow pace of business recovery.

As part of its initial measures to ensure safety onboard its aircrafts by blocking all middle seats, Delta Air Lines says from May, 2021 it will halt the policy. The policy which has been in place since April, 2020 will see a twist as Delta aims at selling all seats now without compromising on all safety and hygiene protocols.

Emirates says persons registered or yet to registered in its loyalty program, Skywards, can earn double tier miles to fast-track their membership status when they purchase tickets (any class) from April 1- June 30, 2021 for travels between April 1- December 30, 2021.

In another development, Emirates SkyCargo has become the first airline to transport 50 million COVID-19 vaccines to over 50 destinations.

British Airways together with a group of investors have invested a $24.3m USD in ZeroAvia, a technology innovator in the production of a hydrogen-powered aircraft. The investment forms part of the airline’s plan of achieving a zero net carbon emissions by 2050.

ZeroAvia projects to complete the 50+ seater hydrogen-electric powered aircraft by 2026.