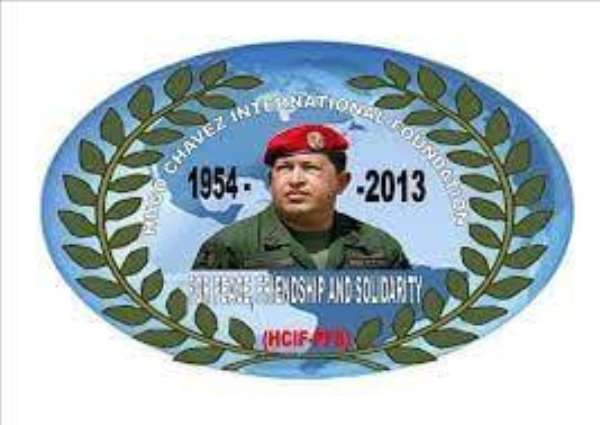 The Hugo Chavez International Foundation for Peace, Friendship and Solidarity (HCIF-PFS) joins the international civilized community in condemning Colombia’s military aggression of Venezuela as one of a dangerous threat to world peace. It is morally wrong and totally contrary to the accepted norms of international society, and constitutes an act of intimidation and aggression employed by Colombia, and against international norms. Such action must be condemned by all Peace and freedom-loving people.

We are deeply concerned about the safety and welfare of Venezuelan people around the border with Colombia, and we urge our Venezuelan brothers, sisters and friends to be vigilant and observant.

The invasion represents a major development in Colombia’s drive for territorial ambition over Venezuela’s sovereignty. It is not only a blatant attack on the Venezuelan people but it also heightens Colombia’s direct threat against its neighbours, and to world peace. Especially with unstopped US undeclared economic warfare against Venezuela, the danger of a direct superpower supports for an illegal, aggressive and hostile act in Latin America has become even more ominous.

The people of the U.S. must fully support Venezuela and the Venezuelan people and demand an immediate end to Columbia’s aggression of Venezuela’s sovereignty. We urge the international community, through the instruments of the United Nations to take concrete steps against this act of illegality and blatant disrespect for Venezuela’s sovereignty. The international community must not be seen to remain on the sidelines while Colombia unleashes terror and mayhem on its neighbours.

The Venezuelan people are our friends and as such, we are under obligation to preserve that friendship for the wellbeing of the long suffering people of Africa, Latin America and the Caribbean. This latest aggression of Venezuela’s sovereignty is a major threat to regional peace and security.

In light of this crisis of renewed abnormal military presence and intimidatory tactics being employed by the Colombian government, we take this opportunity to renew our solidarity with Venezuela and the Venezuelan people and people of Latin America, the Caribbean and Africa.

Consular-General and Chairman of the Governing Council