LGBTQI+ is abominable, we can't go to Europe and try to impose on them something like polygamy — Bagbin 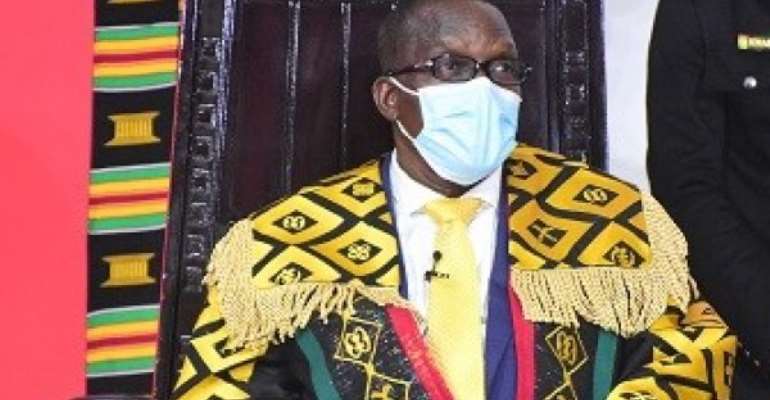 Speaker of Parliament, Alban Bagbin, has raised an objection to the promotion of LGBTQI issues in Ghana, describing the act as an abomination, to Ghanaians.

He said though Parliament would not pass legislations to infringe on the rights of people, it would ensure that the culture and traditions of the society were protected.

“Definitely that is something we see as an abomination, something that we abhor and, therefore, we would continue to go according to our culture. We would definitely not go to Europe and try to impose on them something like polygamy,” he emphasised.

Speaker Bagbin made the remarks during a courtesy call on him by the Australian High Commissioner to Ghana, Mr Gregory Andrews, at his office in Parliament House.

Mr Andrews and some European Union delegation and Ambassadors, a few months ago, were in the news for attending the opening of an advocacy office for a Lesbian, Gay, Bisexual, Transgender, Queer and Intersex (LGBTQI) rights in Ghana.

A few days after the event, six Members of Parliament (MPs) served notice to the House that they would jointly sponsor a bi-partisan Private Members Bill to proscribe and criminalise the practice and advocacy of homosexuality.

The Bill seeks to strengthen Ghana's legal jurisprudence and existing legislation on unnatural carnal knowledge to reflect the current state of affairs.

Speaker Bagbin also explained that the new legislation to be considered by the House would be guided by the 1992 Constitution, which abhorred discrimination in whatever form and the ruling of the European Court on Human Rights.

Nobody would do anything to violate the human rights of any person, he stated.

He said the purpose of the new legislation being promoted was to enhance and secure the values, principles and the cultural ethos of the Ghanaian, adding that, the issue of the LGBTQI would not have a legal framework within which to work.

Mr Andrews, in his comment, referred to the United Nations Human Rights declaration, which stated that every person in the world had human rights and so people could not divide these rights and pick and choose who should get them.

He said they were not trying to encourage or promote LGBTQI in Ghana, but they were of the opinion that everybody deserved to have human rights regardless of whether they had a disability, were female, or indigenes, among others.

“In Australia we have a principal human rights approach, which means we oppose racism, islamophobia, we stand up for Moslem and Christian people in the world who suffer discrimination and we believe in religious freedom, ” he added.

Mr Andrews also called on the Parliament of Ghana not to pass any legislation that would discriminate against LGBTQI community or make it illegal for people to advocate for their human rights, saying that would be disappointing.

He said though they respected the culture of the people, the culture had to adapt to changes, citing the Female Genital Mutilation, which he said, had been part of cultures in Africa and other places, including Australian indigenous people.

“We have to accept people for who they are when they are causing any harm to anyone else,” he said.

Ms Cooper, in her interaction with Speaker Bagbin, called for the strengthening of bilateral relations between Israel and Ghana, and raised the issue of antisemitism against the Jewish State.

Speaker Bagbin in his response described Israel as a true friend of Ghana that established their Consulate in the country in 1956, a year before Ghana gained its independence from British Colonial rule. .

He said Ghana's 1992 Constitution abhorred all forms of discrimination against people and so supported Israel's stand against antisemitism from any quarters.

Mr Christoph Retzlaff, in his discussion with the Speaker emphasised the need for the two countries to deepen their existing ties.

He said Germany would continue to intensify its development cooperation in Ghana focusing more on sustainable development.

Speaker Bagbin, in his response, described Germany as a genuine friend of Ghana, saying Germans are very friendly and warm people.

He said Ghana and Germany had had long standing relationship dating back to colonial times.

He called for a closer relationship between the Parliament of Ghana and the Bundesstadt for the mutual benefit of the legislators.