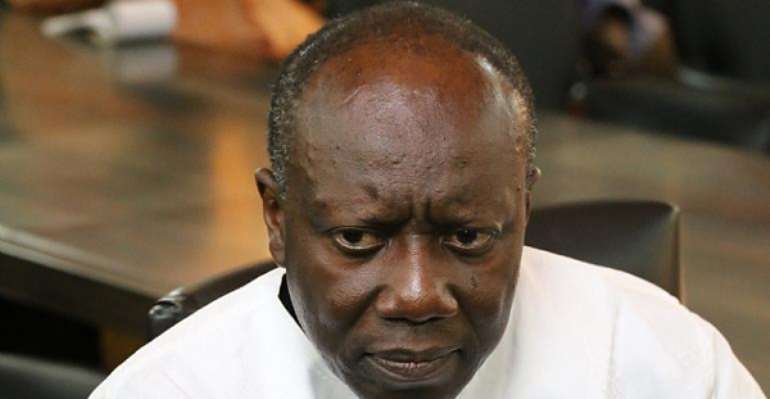 Speaking during the fourth edition of Media General’s Economic dialogue series on Thursday April 1, he said “debt service situation is bad, it is catastrophic.”

His comment was corroborated by Dr Nii Noi Ashong, a Technical Advisor at the Ministry of Finance who then suggested while speaking during the same event that “So, we will need to reduce the stock. So what Bright is talking about, the Zero coupon for instance, you can use it to reduce the stock so that interest payment will be reduced.”

The 2021 budget statement presented to parliament by leader of government business Osei Kyei-Mensah-Bonsu said the total debt rose from 122billion in 2019 to 291.6billion as of the end of December 2020.

Meanwhile, other analysts have said the debt is more than what has been captured in the statement.

For example, Dr Lord Mensah, a senior lecturer at the University of Ghana Business School, said a critical analysis of the budget statement for the 2021 fiscal year shows that Ghana’s debt situation has gone beyond the 76 per cent to record 85 per cent of Gross Domestic Product (GDP).

Speaking on the Key Points on TV3 Saturday March 27 in relation to the vetting of Finance Minister-designate Ken Ofori Atta, Dr Lord Mensah said “If you go through the interest payment that we are supposed to have, the financing gap we have created out of the budget is about 41billion and over which we are going to finance and then in the same budget it was stated that our debt stock was around 240 plus billion.

“If you put all these together and then you relate it to our GDP which is about 440plus billion, you will realize that we are heading towards about 85 per cent for more than the 76 per cent that has been put out.

“If you look at the budget we are hitting around 85 per cent. If you look at the recent statement that came from the World Bank they are projecting our debt by 2023 to be about 81 per cent of our GDP. I was not surprised.”