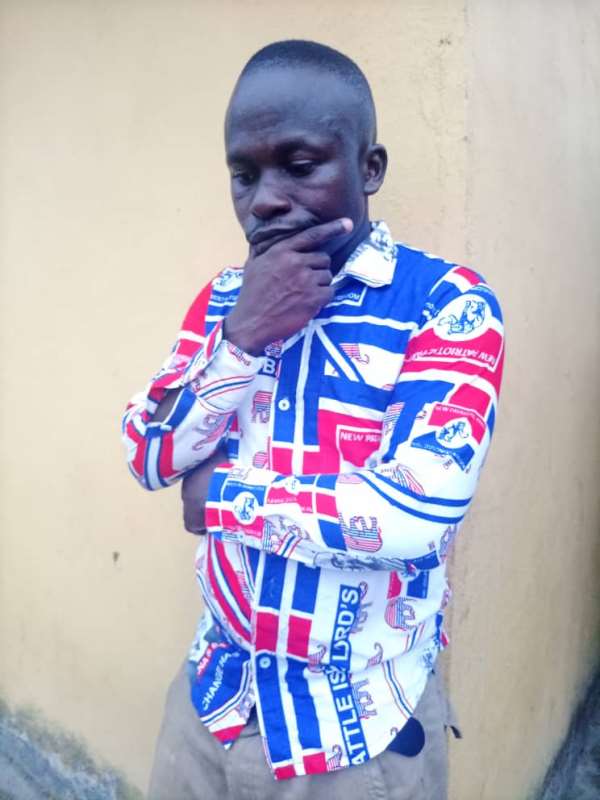 A leading member of the New Patriotic Party’s (NPP) Communications Directorate in the Evalue Ajomoro Gwira Constituency of the Western Region, Adikah Alfred has been sued for allegedly defaming a Government Appointee of Nzema East Municipal Assembly, Hon. Justice Kangah.

In a writ of summons sighted by the media, indicates that the NPP Communicator claimed on one of the radio stations in Jomoro Municipality of the Western Region called Ebiamo FM that the Assembly Member who is also a member of NPP Communication Team in Evalue Ajomoro Gwira was holding a fake certificate and he was using that fake certificate to become a Municipal Chief Executive of Nzema East MCE.

The Assembly Member has however denied the allegations and has therefore sued Adikah Alfred for defamation and asking the Sekondi-Takoradi High Court to compel Adikah Alfred to retract and apologize to him and ask Adikah to pay him GHC500,000.

Find below a copy of the writ of summons

Plaintiff avers that on or about 22 February,2021 a Radio Station at Tikobo No.1 in the Jomoro municipality in the Western Region of Ghana called Ebiamo FM with Frequency modulation 100.5 hosted a programme dubbed"Ghana Yen-tie"between 4pm-6pm where Defendant granted interview on the said programme

Plaintiff says that on the said programme Defendant made Defamatory remarks or Statement against Plaintiff in the Twi Language thus:

And these words/remarks when interpreted in the English Language is:

Due to the fact that they have realized that My brother Justice does not qualify to be appointed as M. C. E, we have obtained a fake certificate for him so that he can become the M. C. E.

He (Plaintiff) said he attended Technical School which he did not complete same.Thus,he was taken to Accra where he spent one week for a fake certificate to be procured for him,so that he can become the M. C. E/be appointed as M. C. E.

I have seen the certificate myself because I am a member of the party and everybody else has seen it.The certificate indicate that he is an "Engineer"are defamatory and without any basis.

Plaintiff states that Defendant has appeared on several Fora and at the slightest opportunity when he speaks there, he repeats the same remarks against Plaintiff or uses defamatory words against him I consonance with the remarks made earlier at such fora or on radio against him.

Plaintiff contends that these defamatory remarks used by Defendant against him ( Plaintiff) were aimed at him (Plaintiff) to portray him as a Fraudster,a crook,a deceitful person,a dishonest person,a person with a Criminal mind, who is capable of perpetrating any act to occupy/secure any position,an unworthy person who uses illegal means to rise to higher positions and that has damaged his hard-earned reputation domestically and the International scene where he intends to do business with potential businessmen and women.

Again, Plaintiff states that the said defamatory words can cause his removal from the position he occupies as a member of the New Patriotic Party's Communication Directorate at Evalue Ajomoro Gwira Banso or block his chances of being elevated to a higher position by the Government.

Plaintiff contends that Defendant's deliberate and malicious conduct can also make him an unattractive option to fill any position in any Company, Institution or Organization.At the trial Plaintiff shall play the tapes containing these remarks for emphasis and for an expert to interpret same and for it to be legally effectuated.

Plaintiff states that upon these defamatory remarks made by Defendant it has rendered him ridiculous in the eyes of right-thinking members of Society and has lowered him in the estimation of the said members of Society.

Indeed, Plaintiff denies categorically that he has been to Accra for the purposes of procuring or have any person procure a fake certificate for that contains or bestows any title/qualification on him with the objective of being appointed as Municipal Chief Executive of the Nzema East Municipal Assembly.

Plaintiff again denies that he attended attended any Technical School as such not completing same as alleged by Defendant on the said Radio Show does not arise at all.

Plaintiff emphatically contends that he is not aspiring to the position of Municipal Chief Executive (M C E) of Nzema East Municipal Assembly.

Plaintiff further says that he has no intention or interest in becoming the M C E for the Nzema East Municipal Assembly.

Plaintiff in addition states that Defendant has willfully and reckless decided to make these slanderous remarks with verve, venom and malice to hinder mankind from associating or having social intercourse with him thereby making him a hate figure in the Nzema East municipality in the Western Region.

Plaintiff also says that he has on numerous occasions received phone calls from persons resident in and outside of Ghana to verify these malicious remarks made against him by Defendant and that has caused him embarrassment and inconvenience, and has affected his status as a Politician and businessman of repute.

Plaintiff emphatically contends that Defendant's slanderous remarks have injured his hard-earned reputation and has affected his relations with existing and potential business associates as he is being labelled a dishonest/deceitful citizen of the Nzema East municipality without any basis.

PLAINTIFF CLAIM FROM IS FOR

A Declaration that the following statement/words made by Defendant in the Twi Language against Plaintiff on a Radio Show hosted by Ebiamo FM Tikobo No.1 in the Jomoro municipality in the W/R of Ghana as particularized in the Twi Language Statement of Claim that:

General damages against Defendant for publishing these slanderous/defamatory Statements against Plaintiff when the said Statement/words were without any basis.

Compensatory damages of GH¢500,000 against Defendant for causing Plaintiff loss of reputation.

Perpetual Injunction against Defendant his assigns,privies, agents,etc.from in anyway ever publishing such defamatory Statements/remarks against Plaintiff.

An Order directed at Defendant to render an unqualified apology to Plaintiff and a retraction of the said defamatory remarks through the same Radio Station Ebiamo FM Tikobo No.1, Jomoro municipality, Western Region.

Any other Order the Court seems appropriate.