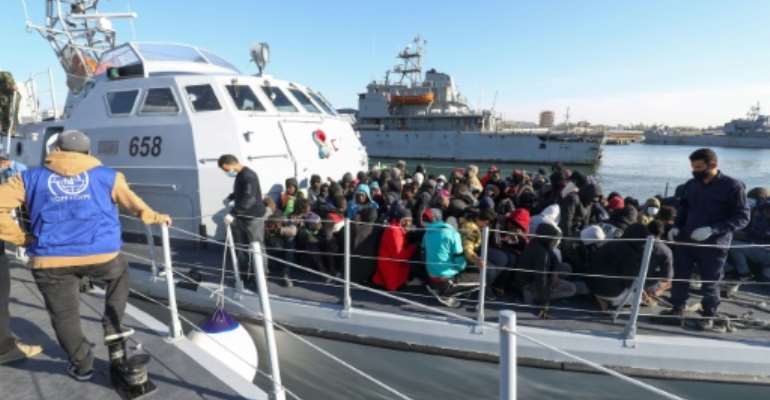 More than half of the migrants were from Sudan, while the rest were from other African countries, the navy added.

Nine women and three children were among the group, an AFP correspondent said.

They were all taken to a naval base in the capital Tripoli.

The North African country is a major route for migrants trying to reach Europe via the Mediterranean, and traffickers have thrived in the lawlessness that followed the 2011 overthrow of dictator Moamer Kadhafi.

International agencies frequently denounce the return to Libya of migrants intercepted at sea, due to the chaotic situation in the country and poor conditions in detention centres.

On Monday, the International Organization for Migration said Libya's coastguard had intercepted almost 1,000 Europe-bound migrants off its western coast in two days.