The Suez Canal blockage – lessons to be learned 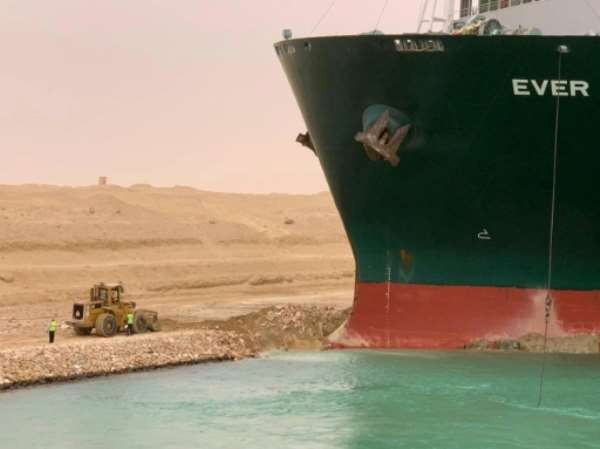 Insurers have been warning for years that the increasing size of vessels is leading to a higher accumulation of risk when something goes wrong. These fears are now being realized, with the MS Ever Given having blocked the Suez Canal for several days. Luckily, the giant vessel was refloated and freed but global shipping logistics and supply chains will likely feel the impact for weeks to come. Rahul Khanna, Global Head of Marine Risk Consulting, at Allianz Global Corporate & Specialty looks at what lessons can be learned from this incident.

Is there more clarity on what has caused the grounding of the MS Ever Given in the Suez Canal?

This is still to be investigated. Most reports note that the vessel ran aground after being caught in strong winds and a sandstorm that caused poor visibility and made it difficult to navigate, although human error or machinery breakdown can also not be ruled out at this stage.

Wind can cause problems for fully-loaded ultra large container ships, given the height of the container stacks, providing an extensive so-called ‘windage area’ compared to other ship-types. Cross winds can easily cause small deviations in a vessel’s course, which can bring issues in a relatively narrow waterway such as the canal. The bigger the vessel, the smaller the margin for error. The “bank effect” could have also played a role in the grounding where a suction effect towards the banks of a narrow canal is experienced by a large vessel. However, we have to wait for the findings of the official investigation to determine the root cause of this incident. Most modern merchant vessels carry a Voyage Data Recorder. And the download of this will be critical so that we understand what factors resulted in a serious marine casualty and what we can do in the future to prevent a recurrence. It is important at this stage to not speculate on the cause.

What are the some of the risks that accompany increasing ship sizes?

Such ships generate economies of scale for ship owners but the flip side is that there is disproportionately greater cost when things go wrong. Dealing with incidents involving large ships, such as fires, groundings and collisions, are becoming more complex and expensive.

Stacking containers higher on these ships also makes them more susceptible to strong winds, which may have been a factor in recent incidents when cargo has been lost during bad weather. At least five ultra-large container vessels lost containers during the most recent winter storm season in the Pacific.

Fires on board large container vessels are now a regular occurrence and such incidents can easily result in large claims in the hundreds of millions of dollars, if not more. It took salvage teams almost a week to dislodge the Ever Given but other salvage operations involving large vessels have taken much longer than this to resolve. The size of the vessel significantly increases salvage and general average costs. Mega ships require specialist tugs to be refloated and finding a port of refuge with capacity to handle such a large ship can be difficult. For some time now, many in the salvage industry have warned that container ships are getting too big for situations like this to be resolved efficiently and economically.

Is the MS Ever Given incident a wake-up call for the industry? How can risk management and safety be improved?

First of all it is important to note that a waterway such as the Suez Canal has a good safety record overall. Around 19,000 ships travel through this waterway every year and over the past decade there has only been an average of eight incidents a year.

It is also important to note that the shipping industry has also seen a long term improvement in its safety record over the past decade too, driven by improved ship design and technology, stepped-up regulation and risk management advances such as more robust safety management systems and procedures on vessels.

Having said that, there is no doubt that this incident will encourage future learnings. 24,000 teu container ships are now on the seas. The insurance industry has always supported the development of the shipping industry providing ship-owners are taking into account the risks that accompany any increase in size. Building ships for just economies of scale is not enough.

We need to look more closely at how we can minimize the risks of mega-ships, especially in ports or in bottleneck passages like the Suez Canal or the Panama Canal, given the disruption we have seen that grounding incidents can cause. If a ship runs aground in one of these waterways, specialized tugs would be needed and the port and canals should have access to adequate resources in relatively short time. There may be valuable lessons to be learned around pilotage in such waterways especially when it comes to mega ships. As an example it may be best to put additional restrictions on mega ships entering very narrow stretches of canals based on certain weather conditions. That is why it is so important the VDR is studied so we can understand, what was the root cause of this incident and can establish how best to prevent it happening in future.

Of course there are other risk for mega ships other than groundings. Insurers such as Allianz and the International Union of Marine Insurance (IUMI) have long warned of safety concerns surrounding fires on large container vessels, promoting improved ship design and fire-fighting equipment to prevent and extinguish fires. It should be the industry standard that any vessel, including an ultra large container ship should have the capability built into its design to tackle most on board fires themselves. It is very clear in many cases that this is not currently the case. As part of a working group with IUMI on this issue we have submitted a list of recommendations to the International Maritime Organization that we hope will ultimately lead to regulatory change that will improve fire-fighting capabilities on board.

Will it become more expensive or even impossible to insure mega ships?

As a shipping insurer we want to support the industry and its growth. As mentioned before, we have nothing against ships getting bigger but all the additional aspects that come with this increase in size need to be considered from a risk management perspective. For many years regulations have not kept pace with the growth of vessels and regulatory modernization is urgently needed to ensure container vessels are sustainable and safe. We expect the shipping industry to comply with the rules for safe operations on board and to continuously work on improving safety. The coronavirus pandemic is putting further pressure on maintenance cycles and margins are under strain, but we shouldn’t compromise on safety standards. We all need to think in more innovative ways.

Collaborate with NIA to end compilation of new voters’ regis...
53 minutes ago