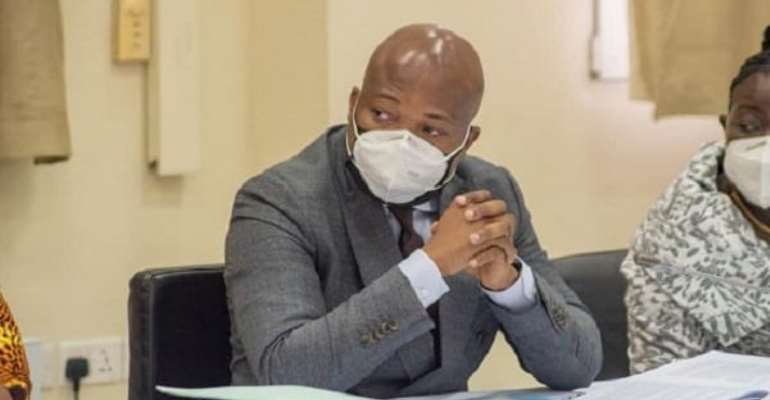 The National Democratic Congress (NDC) Party leadership held a crunch meeting with Minority Members of Parliament (MPs) over the resignation of Mr Samuel Okudzeto Ablakwa from the Appointment Committee of Parliament.

Mr Samuel Ofosu Ampofo, Chairman of the NDC, Mr Johnson Asiedu Nketiah, General Secretary of the NDC and other top executives of the party are attending the emergency meeting.

Mr Ablakwa who is also MP for North Tongu resigned from the Appointment Committee of Parliament, citing personal reasons and as a matter of principle.

Mr Ablakwa communicated his resignation from the Appointment Committee in a letter dated March 30, 2021 and addressed to the Speaker of Parliament, Alban Bagbin.

Mr Ablakwa in his letter explained that his decision came “after days of careful reflection and thoughtful considerations. I shall like to state that the reasons for this difficult decision is both personal and on principle”.

His letter also entreated Speaker Bagbin to consider his resignation as one that takes immediate effect and as such would not be available for the vetting of President Akufo-Addo's nominees for deputy ministerial positions which is yet to take place.