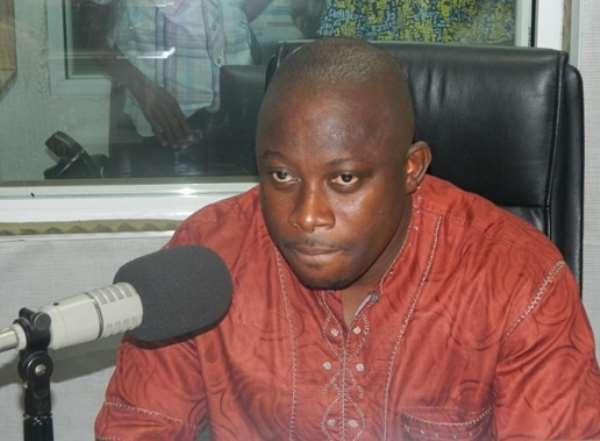 A member of the Mines and Energy Committee of Parliament, Mr Edward Bawa, has said both the Energy Ministry and the Electricity Company of Ghana are unable to come clear on which take-or-pay power purchase agreements with the independent power producers have been renegotiated as take-and-pay or cancelled.

The Bongo MP told Kwame Appiah Kubi on Accra100.5FMm’s morning show, Ghana Yensom, on Wednesday, 31 March 2021 that the government has failed to provide clarity on that matter because there is nothing like that.

He said during a recent debate on the floor of Parliament regarding the budgetary allocation to the Energy Ministry, “We asked the Ministry of Energy that: ‘If you say you have renegotiated the PPAs, how many of them have you signed off?’”

“They couldn’t give us an answer”, he noted.

Secondly, he added, “we asked them: how many PPAs have been cancelled? They couldn’t give us an answer”.

“So, we have told them that we are going to organise a session for them to come and tell us how many PPAs you cancelled and how many of them you renegotiated from take-or-pay to take-and-pay”’, he said on the show.

According to him, the Electricity Company of Ghana itself, “which is supposed to be the offtaker, did a presentation to us in 2019 and never indicated that any PPA has been cancelled”.

The Bongo lawmaker pointed out that “the one that they delayed and they made an attempt to cancel was what generated the $134 million judgment debt – GCGP”.

He further asserted that the National Democratic Congress government was the only administration that has ever signed take-or-pay agreements with IPPs in Ghana.

“All the IPPs that were signed before the NDC came to power in 2009 were all on take-or-pay basis”, he asserted, indicating: “Asogli, for instance, is a take-or-pay contract”.

Some six months ago, the government started directly engaging lenders of independent power producers (IPPs) as part of efforts to renegotiate their power purchase agreements (PPAs). The government also offered to refinance IPPs’ outstanding debts at a discount through a designated energy fund.

The PPA renegotiations were being done as part of the Energy Sector Recovery Programme (ESRP), a five-year reform plan aimed at restoring the financial sustainability of Ghana’s energy sector.

Since 2019, the government said it has has been holding talks with about 12 IPPs in a bid to convert their PPAs, which are based on take-or-pay arrangements, to more favourable terms.

In doing so, the government said it believes the lenders of IPPs had a crucial role to play in alleviating the debilitating financial strains on itself arising from the unbalanced legacy energy sector contracts.

“Government urges lenders to take a sensible and pragmatic approach and urgently consider the refinancing proposals in order to conclude negotiations as quickly as possible.

“Globally, financial institutions are having to reconsider their positions in light of the impact of the COVID-19 pandemic and its devastating impact on national economies, including triggering defaults and credit downgrades,” a statement from the Finance Ministry said in October 2020.

The government has bemoaned the situation where it paid nearly US$1bn for unused power in the last two years due to excess electricity contracted on a take-or-pay basis with the IPPs.

Take-or-pay power generation contracts are common in the energy industry and oblige the off-taker (government, in this case) to pay for power supplied by the producer irrespective of available demand.

The government has already secured an agreement with two IPPs—CENIT Energy and Cenpower—in the past couple of weeks to adjust their current PPAs in order to realise cost savings.

While CENIT Energy agreed to amend its PPA to a tolling structure, Cenpower has agreed to switch to natural gas as primary fuel, a move government says will deliver substantial cost savings, estimated at US$3bn, over the remaining term of the PPA.

Finance Minister Ken Ofori-Atta said at the time that the government welcomed Cenpower’s commitment to Ghana and recognises Cenpower’s conversion to gas as a significant step in helping regenerate the country’s energy sector.

“In recent weeks, there has been increased momentum under the ESRP Consultation Process towards resolving some extremely challenging legacy issues inherited from the previous administration. We encourage all other IPPs to engage constructively with the government negotiating team to conclude negotiations as soon as possible. IPPs have a vested interest and a significant role to play in providing a stable energy supply as well as ensuring a fair, balanced and sustainable energy sector for the people of Ghana

“As ever, this government is committed to building a competitive and dynamic energy sector, where private investments can thrive and the interests of the Ghanaian people and businesses continue to flourish,” Mr. Ofori-Atta said.