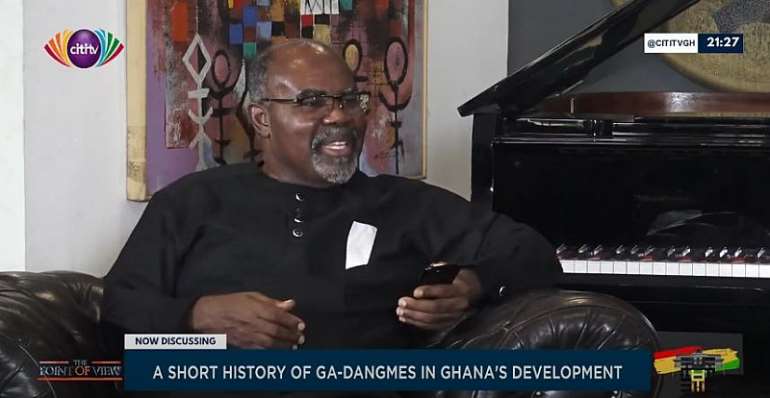 Ga-Dangme’s have contributed significantly to Ghana’s development dating back to the Gold Coast era, According to former Attorney General and historian, Nii Ayikoi Otoo.

He said it is evident in the tall list of famous Ga-Dangme people who have played leading roles and occupied influential positions in various sectors of the country’s society.

Speaking on The Point of View with Bernard Avle, the former High Commissioner to Canada remarked that, contrary to some opinion, Gas are hard-working, entrepreneurial and dedicated.

From academia, economy, law, media, health, business among others, he shared with Bernard Avle the list of famous Ghanaians of Ga-Dangme descent whose contributions to nation-building and development in their respective sectors have been greatly lauded.