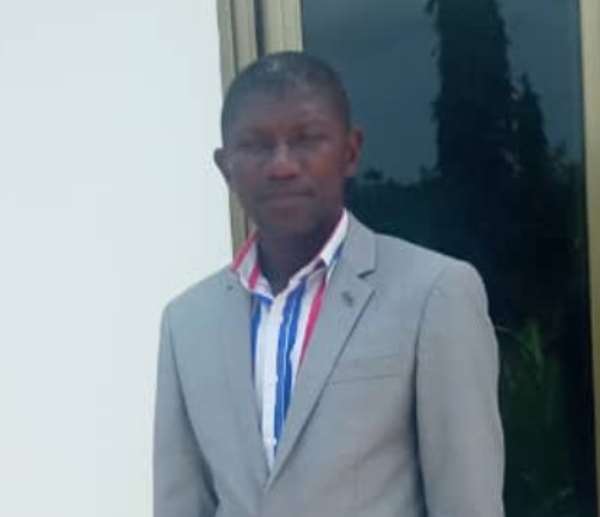 Mr. Kwarteng Michael who doubles as the Sefwi-Wiawso Constituency chairman for the New Patriotic Party has advised party faithful to avoid using media to dictate for the President on which person is qualified to to be engaged in the MMDCES race.

In a chat with the ModernGhana News, chairman Michael observed that it would be prudent if party supporters rally behind the President in the appointment selections, adding that at the end of the day we shall see ourselves as a one big family aimed at championing a common cause.

Mr. Kwarteng urged party supporters to avoid unnecessary comments on radio stations and other media platforms so as to maintain unity and peace in the party since infighting over the selection of MMDCES cannot reach the party to anywhere.

The Chairman took the opportunity to commend the government of NPP under Nana Akuffo Addo's administration for having the people of the Western North region at heart by a way of spreading development projects across the area, and on this note, urged supporters of the party to remain calm whilst great things are yet to come.

Kwarteng posited that it is very clear that it is the only NPP government that has come to power to transform the area, and was hopeful that Ghanaians would continue to support Nana Addo to accomplish his task before his exit from office in 2024 as a President.

"Touching on the supporters of both Dr. Bawumia and Alan Kyeremateng and their ambitions to kick start campaigns, chairman Kwarteng urged them to exercise constraints, since it is too early for such an exercise.