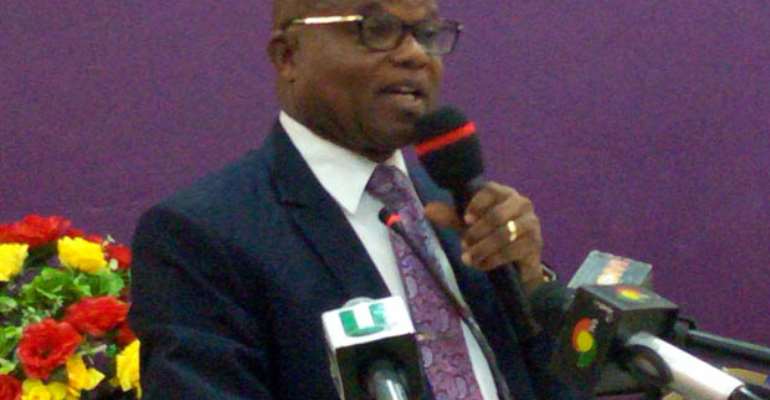 It is significant that the Head of Local Government Service (LGS), Dr. Nana Ato Arthur, has observed a lateness and idleness trend among staff of this all-important segment of governance in the country.

The LGS is responsible for the human resource recruitment and management of the Metropolitan, Municipal and DistrictAssemblies (MMDAs) across the country.

The LGS chief cannot fold his arms as this unproductive trend destroys the tap roots of this Service.

Local government is so critical in our everyday lives that avoidable deficiencies such as observed by the head of the LGS during his recent tourshould be addressed immediately.

Attitudes which have the tendency to reduce productivity should not be countenanced under any circumstances otherwise the positive changes that should be realised from efficiently operated MMDAs will be lost.

The lateness and idleness trend, a characteristic of MMDA staff as Dr. Arthur observed and contained in a story in this edition, has been allowed to fester over the past decades. It has even become a norm for staffers to report late without any apprehension of queries.

Even more unnerving is the fact that the LGS chief described the anomaly as being exuded by majority of the staff in municipal and district assemblies. The productivity of such entities would have been more than being recorded had the indolent staffers being responsible.

Dr. Arthur is a man of exceptional pedigree whose observation of the situation in the MMDAs stands prominent and calls for immediate redress.

It is unpardonable when municipal or district assembly staff do not report for work on time and patrons of their services have to rather wait for them to show and attend to them.

That is the situation in some MMDAs across the country and it hurts to think that such indolent staffers are being remunerated from the taxes of taxpayers.

Instances of staff gossiping or busy responding to group chats on Whatsapp are some nauseating spectacles during office hours in some assemblies.

Disappointed clients wait helplessly until the idle staffers complete their personal assignments and attend to them.

Turning up late for work and leaving even before the official closing time adds to the anomalous trend in some offices.

That these unproductive trends have been allowed to fester for too long beats imagination.

The LGS chief's observation fell short of makingrecommendations on sanctions for defaulters to the heads of the Metropolitan, Municipal and District Chief Executives (MMDCEs).

Indeed, the MMDCEs should also be held responsible for productivity lapses attributable to lateness and idleness on the part of staff.

As a matter of exigency, the LGS chief should consider instituting a response to the unacceptable trend among staff.

Sanctions should be agreed upon and these should be administered without fear or favour. Indeed, MMDCEs who show indifference to such unproductive tendencies should themselves be held responsible for the emanating outcomes.