Mother-in-law on “Oyerepa Afutuo” programme of 29 March 2021 is in the Wrong! 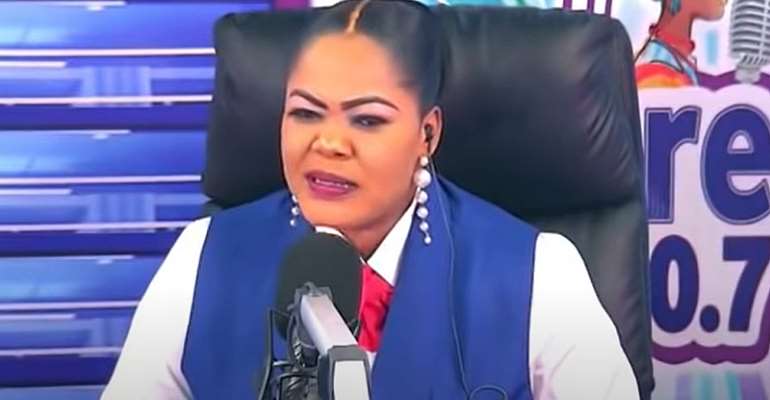 While I was consumed by watching the “Oyerepa Afutuo” programme of Monday, 29 March 2021, as appears on YouTube after their live show, I had my own two unfortunate encounters. First, I missed out on an important pre-arranged meeting. When the person I had decided to meet, having travelled a distance from his home was at my gate making a phone call to me to let him in, I could not hear the phone ring to pick up the call. He had to go back. There was one of the electric hotplates of my cooker left turned on in my kitchen without me knowing. This led to me being reprimanded, causing a bit of family altercation.

Having briefly said that, I shall acknowledge the onerous but good services being rendered by Auntie Naa of Oyerepa Afutuo programme to many a poor and needy person desperately needing assistance of some sort without which their situation could result in any disaster unimaginable.

In the second part or segment of the said programme as recorded, there is a Ghanaian mother-in-law living in Germany. She says to have two sons both of whom she has single-handedly catered for as a single-mother from their infancy through to their tertiary education. The first son called Kwabena Sarfo, has earned his Masters and the second a first degree. She has done well.

However, the woman does not make sense one bit when it comes to her entrenched position taken on her elder’s son’s cohabitation and procreation with one lady called Osaa. The son is living with his girlfriend Osaa in Ghana and has two sons or children by her. The woman already has two elderly children by another man before meeting her current boyfriend Kwabena Sarfo.

The mother-in-law says as long as the woman (Osaa) has two children by another man, she will not allow her son to continue to marry her but to look for another woman without a child to marry. However, Kwabena Sarfo loves his girlfriend who he intends to marry officially along the line, either by marriage of ordinance or tradition.

The mother-in-law boasts of being a Christian, having built a house, catered for her sons to acquire higher education degrees and all other things that make one an achiever in life, but to me all vanity.

The public must take note that Osaa is a complete orphan. Her parents are both dead. Look at how this Ghanaian German-burger is treating her would-be daughter-in-law. She first invokes the dreaded Ghana river deity “Nyamaa” at Antoa in the Ashanti region to curse Osaa from her Germany enclave or home. When Osaa tearfully but cleverly countered or rebutted her curse on her, people see Osaa as in the wrong.

Without wasting time on the German-burger, thus the mother of Kwabena Sarfo, I shall assert that she is completely in the wrong. She claims to be a Christian, a carnal-minded Christian of course, yet she is the first to invoke a river deity to curse Osaa. Her reason adduced for insisting on not allowing her son to marry Osaa is completely out of place, if not totally senseless.

She is herself a divorcee and insists she does not want her sons to marry divorcees. If another man had not married her after her first husband or boyfriend had kicked her out, would she have given birth to her second son in Germany?

Calling a spade a spade and being frank with my fellow “burger”, I say, she is in the wrong.

Auntie Naa and her team are being very diplomatic with her as problem-solvers or counsellors. It is good of them. However, they must be bold to tell the woman behind the curtains that what she is doing is totally unacceptable. The fact that she lives abroad and her son and Osaa live in her house in Kumasi must not be a sufficient excuse to hide the truth from her.

The public can watch the video from the 36thminute into the programme till the end to ascertain for themselves the veracity of my claims against the German-burger mother-in-law.

It is very shocking to hear all the public comments made going against Afia Osaa. It is rather the mother-in-law that is behaving irresponsibly, to be honest with her. Why should she be kowtowed to and pampered as though, she is right, whereas her behaviour is wrong? She has no sympathy for an orphan. If she had said Osaa is a thief, disrespectful or of a criminal family background, that could be understandable but for the simple fact that she is a divorcee makes the woman come across as a bully and a senseless person.

Why is it that her family is not supportive of her actions hence running to Oyerepa for assistance? It is all because they don’t see any sense in her actions. Her pastor and friends in Germany must condemn her actions without fear or favour.

Finally, I shall advise her son to rent a place of his own to live with his girlfriend and God willing, all shall be well with them. Do people not adopt children and make them their own, caring for them and feeding them? What is wrong with his son providing for his step-children?

The woman has goofed. She had better apologise to both her son and Osaa.

It is my character to be truthful and also, not to suffer fools kindly. Please share this publication until it reaches both Oyerepa programmers and the German-burger mother-in-law and all those concerned.

Enough with this despicable Ghanaian “aseo meregye me ba” nonsense!