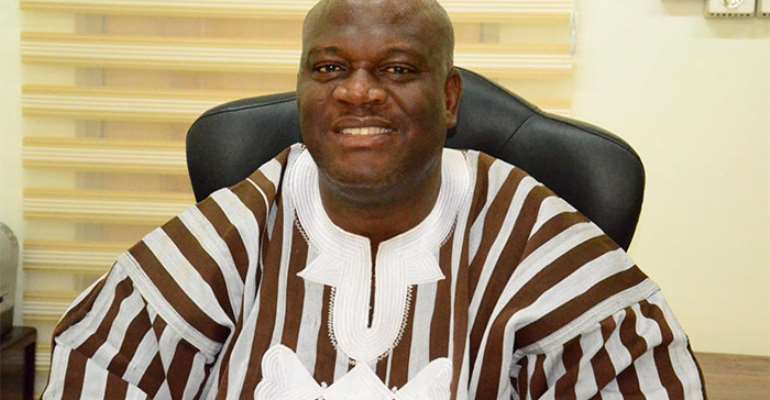 The two-pronged engagements – one with the media and a second with an unusual blend of stakeholders – set him apart from his predecessors.

For the first time in the history of the Greater Accra Regional administration, the man in charge is not only partnering with the media towards letting Accra work again, but he is doing so with stakeholders  from both sides of the political aisle.

During the Accra International Conference Centre meeting with the political stakeholders, former regional ministers, MPs from both parties and party functionaries, Henry Quartey struck gold when his guests promised to support him.

Both the NPP and the NDC guests bought into his concept of non-partisan approach towards making the city work to expectation.

If Henry Quartey's template is not proof of a man thoughtful about changing the face of the region, we do not know what else is.

We have learnt that he has already met with the MMDCEs and the leadership of the law enforcement agency towards the realisation of his Accra dream.

It is our hope that Accra, the national capital and host of the seat of government, would really work again.

The indiscipline on the part of motorists, market women and pedestrians has created a picture of chaos for the capital city, especially the business district.

Having identified the sore areas of the city's traffic management and engaged with the Police MTTD, it is our expectation that something seismic would occur and soon.

Until we begin to witness dividends from the working document which the minister has promised releasing soon, we will continue to countenance the challenges of traffic chaos, some occasioned by the indiscipline of okada riders and non-functioning traffic lights.

Fortunately, the initial intervention of the minister as he studies the ground has heralded some changes. The Madina Zongo Junction and surrounding areas where pedestrian crossings are being ignored witnessed positive changes with police presence.

Consistency is necessary in such exercises. It is our admonition therefore that the minister will ensure that the exercise now going on at Madina Zongo Junction continues. It should be replicated in other parts of the city prone to power outages occasioning in traffic light non-functioning.

Accra has a lot of challenges, some of which include the raining season floods, whose addressing require inter-agency intervention.

With a Regional Minister and a Works Minister considering the foregoing a priority at this time of our weather calendar, we could witness a raining season with minimal floods.

The indiscipline in Accra is just too much and it spans vehicular traffic to sanitation.