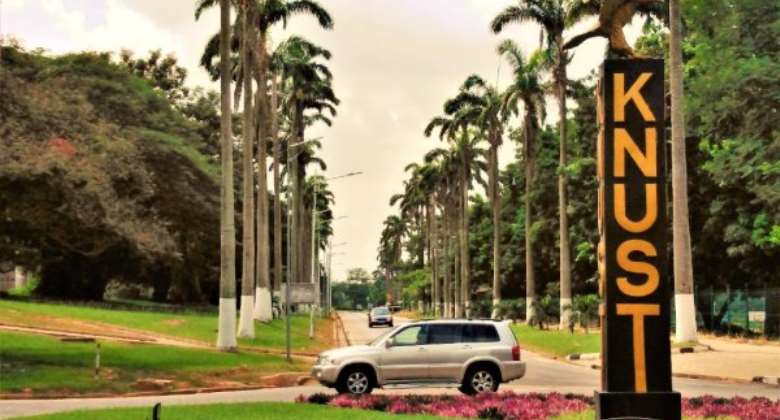 The Kwame Nkrumah University of Science and Technology (KNUST) in Kumasi has been thrown into a state of mourning and grief following the death of three students in two separate accidents that happened on Saturday.

The Management and the Students' Representative Council (SRC) of the University have been saddened by this devastating blow.

The incidents, occurring on the University's campus, have left one in critical condition, and currently on admission at the Komfo Anokye Teaching Hospital (KATH), while two are in stable condition.

Two medical students purportedly died on the spot on the KNUST-Ahinsan Estate link road when the vehicle on which they were aboard with five students, allegedly veered off the road and banged into a tree.

In the other incident resulting in the death of another student, the deceased was said to have fallen off the eight-storey Unity Hall as he visited a friend, leaving the University community in a state of mourning.

Dr. Daniel Norris Bekoe, the Deputy Registrar and University Relations Officer, confirming the incidents in an interview with the Ghana News Agency (GNA), Kumasi, conveyed the Management's condolences to the bereaved family and relatives of the deceased students.

The authorities, he said, were working with the police as investigations get underway into the circumstances leading to those unfortunate incidents.

Meanwhile, the KNUST SRC has also expressed its condolences to the bereaved family, saying the student body was overwhelmed by the disaster.

“The SRC leadership is meeting the University Management over the issue,” Master Samuel Sesah, the President, told the GNA, after a meeting of the student body on Sunday.

He said the SRC using its various communication channels had cautioned students to drive carefully while on campus.

The Council had also counselled students with any psychological challenges to seek professional advice from the appropriate authorities to enhance their wellbeing.