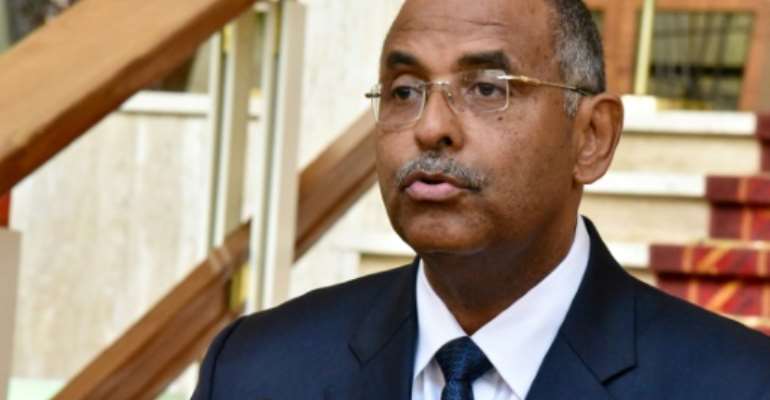 Ivory Coast on Friday confirmed Patrick Achi, a veteran government figure, as prime minister after a period of political turmoil and bloody division.

Achi, 65, had been named acting prime minister on March 8 to stand in for Hamed Bakayoko, 56, who was flown to Germany with cancer and died two days later.

Legislative elections took place on March 6 without major incident and without a boycott by any of the main parties, strengthening hopes of reconciliation.

President Alassane Ouattara on Friday asked Achi to propose a government "as swiftly as possible," his office said.

On Wednesday, Ouattara paid tribute to the popular Bakayoko and called on his successor to "pursue political dialogue (and) development... in an Ivory Coast that is peaceful and open to all."

The new government in theory should be in place in time for next Wednesday's cabinet meeting, which takes place on the eve of the newly-elected National Assembly.

The legislature is dominated by Ouattara's RHDP party, which won 137 of 254 contested seats, compared to 91 for the opposition.

Achi, born in Paris to an Ivorian father and a French mother, was previously a member of the once-monolithic PDCI party, which is now the main opposition group.

His long ministerial career dates back to 2000, when he was minister of economic infrastructure and government spokesman when the president was Laurent Gbagbo.

He kept that portfolio for 17 successive years under five prime ministers, before being named secretary general to the presidency by Ouattara.

"He has been a very well known political figure over the last two turbulent decades," said political analyst Rodrigue Kone. "He can talk to everyone."

Ouattara forced Gbagbo out of office in 2011 after a post-election civil war that claimed several thousand lives and left the country deeply split.

After his ouster, Gbagbo was flown to the International Criminal Court in The Hague to face war crimes charges arising from that conflict.

He was acquitted in January 2019 and is now living in Brussels pending the outcome of an appeal by the ICC prosecutor.

The big question in Ivory Coast is when he is likely to return.

In the turmoil following his re-election, Ouattara reached out to his old foe, seeing in him a means to ease the tension, and issued him with two passports, one of them a diplomatic pass.

Gbagbo previously said he hoped to return in December. His supporters then announced this for mid-March, and set up a committee to prepare a spectacular welcome.

The ICC is expected to announce its decision on the appeal on March 31.