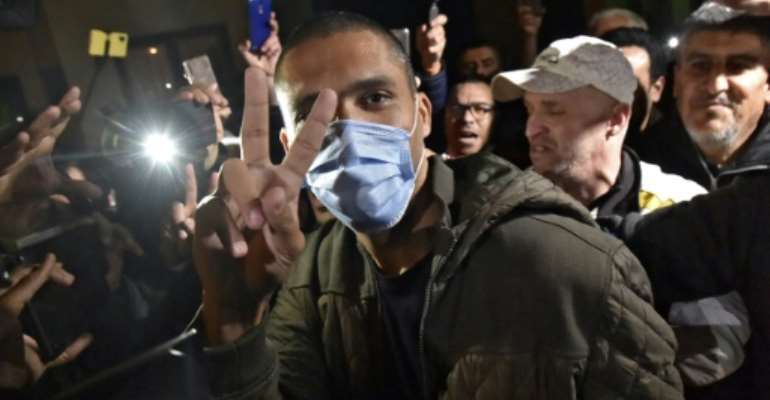 Algerian journalist Khaled Drareni was provisionally released from Kolea prison near the capital Algiers in February. By RYAD KRAMDI (AFP)

Prominent journalist Khaled Drareni, a symbol of the struggle for a free press in Algeria, is to face a retrial after the supreme court accepted his lawyers' cassation appeal on Thursday.

"The supreme court overturned the decision. The cassation appeal of the defence was accepted, so Khaled Drareni will be retried," Abdelghani Badi, a member of the defence team, told AFP.

"I hope that in this new trial, there will be no pressure on the judiciary, as has been the case before," he said.

During Drareni's trial in September, his defence team said there had been "pressure (from the executive) on judges".

Drareni was arrested in Algiers in March 2020 while covering the pro-democracy Hirak protest movement, which swept former strongman Abdelaziz Bouteflika from power in 2019 and carried on demonstrations to demand a sweeping overhaul of a ruling system in place since Algeria's 1962 independence from France.

The 40-year-old correspondent for French-language TV5 Monde and press freedom watchdog Reporters Without Borders (RSF) was provisionally released last month after almost a year in prison along with dozens of other activists under presidential pardons issued ahead of the Hirak's second anniversary.

On Thursday, Drareni told AFP he and his defence team had hoped for an end to the proceedings against him but expected the retrial.

"We hope... the new trial... will correct the two trials that I underwent in the first instance and in the appeals court," he said.

The founder of the Casbah Tribune online news site was sentenced on appeal in September to two years in jail on charges of "inciting an unarmed gathering" and "endangering national unity". 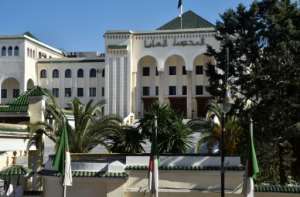 He was also accused of having criticised Algeria's political system on Facebook and of publishing a statement by a coalition of political parties calling for a general strike, according to RSF.

Authorities have charged Drareni with having worked for foreign media outlets without gaining press accreditation -- an opaque bureaucratic procedure in Algeria -- as well as being an "informer" in the pay of "foreign embassies".

The former television presenter's case has become a symbol of the fight for freedom of the press and expression in Algeria, at a time when authorities have cracked down on dissent, detaining and prosecuting activists, opposition figures, journalists and social media users.

Despite the recent release of some 40 political prisoners, around 30 people remain in custody on charges linked to the Hirak uprising or civil liberties, according to prisoners' rights group CNLD.