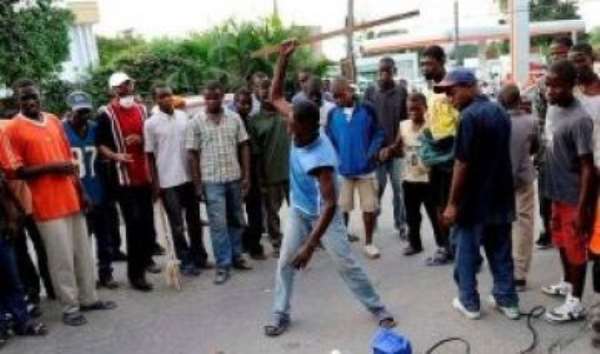 According to information gathered by this portal, a 28-year-old suspected armed robber has been lynched at Patasi in the Kumasi Metropolis of the Ashanti region.

The naked lifeless body was found with a rope tied to the legs.

Mr. Akwasi Appiah, Assemblyman of the area in an interview with the media stated that the deceased who is yet to be identified was an armed robber.

He also said the lifeless body has been deposited at the morgue by the police for preservation.

The Sofoline Police command has commenced investigation into the incident.