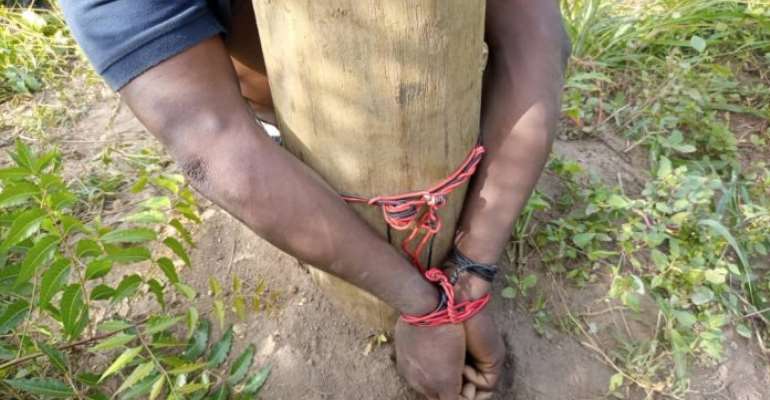 The deceased tied to an electricity pole

A man believed to be in his late 50’s has been killed and tied to an electricity pole at Gomoa Biakoye just opposite the Forestry checkpoint in the Gomoa East District of the Central Region.

A resident who is shocked by the dastardly act suspects the deceased who is not known in the area must have been killed elsewhere and dumped in the area.

It’s not immediately known who the assailants are.

Residents told Kasapa Fm News that the murder has caused panic and fear among them as they’re afraid to go to town in the evening.

The police who were notified of the incident visited the scene and conveyed the body to the Police hospital morgue for autopsy while investigation is ongoing.