ExLA Group Mourns the Passing on of President Magufuli 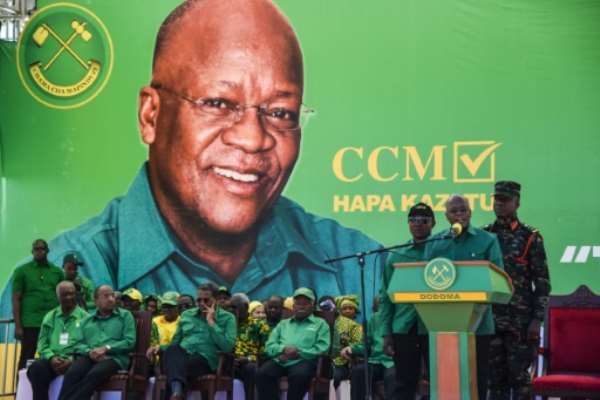 ExLA Group is saddened by the loss of a true son of the land. A voice that could not be silenced. Africa has indeed lost one of its greats.

President John Pombe Magufuli, a fearless leader who never shied away from pursuing what he believed in, was a true Pan-Africanist who had absolute faith in the beauty and capabilities of the African continent. He demonstrated it through his leadership and has become an inspiration for many young leaders on the continent.

President Magufuli, until his demise was also widely known for his fierce anti-corruption stance and his approaches to dealing with excesses in government and public expenditure is unmatched.

He is credited to have led to a rapid transformation in infrastructure development and access to electricity in Tanzania and promoted projects that connected his country to neighbouring countries.

His astute leadership prowess was evident according to sources, right from his days as a parliamentarian, rising through the ranks to the position of Deputy Minister for Public Works. His ‘no-nonsense’ demeanour towards achieving results made him standout.

He ran for presidency in 2015 and won by 58% in one of the country’s most keenly contested elections. Soon, his popularity increased and became known to all Africans who lauded his leadership style, calling for many more of such leaders for Africa’s rapid transformation. It was not quite surprising that his bid for a second term fetched him a whopping 84% of the votes cast amidst protests by opposing parties.

At ExLA Group, we believe in positive leadership, leadership that impacts and is progressive, and the late President represented that. His achievements as the leader of his country and general contributions towards the continent will never be forgotten.

We commiserate with the family and the people of Tanzania. It is our hope that female Vice President, Suluhu, another legacy of Magufuli, will uphold the principles and values of the late leader which set him apart as an icon for advocates of strong and quality leadership in Africa.

May he rest in peace.