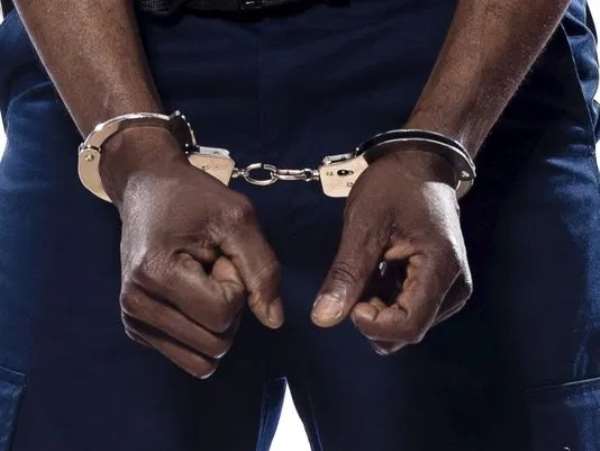 Three persons have been picked up by the Airport Police in Accra for attempting to break into the house of the Chief Executive Officer (CEO) of Antrak Group of Companies, Alhaji Asuma Banda at the Airport Residential Area.

The three were named as Fadel Asuma Banda, 33, son of the business magnate, Aliu Bello, 28, and Suleman Mohammed, 36.

They were said to be part of about 20 others who stormed the house of the business mogul on Wednesday morning at around 11:35 am.

They reportedly used concrete blocks to break into the house of the businessman, in order to have access to Alhaji Asuma Banda himself.

Reports indicated that the businessman's third son, UK-born Fadel Asoma Banda, had tried several times to see his father, but was being consistently and repeatedly restrained and prevented from doing so, by his step-mother, one Edwina Baaba Banda.

It is also been reported, (albeit unconfirmed), that the business mogul himself had told security men at the gate not to allow his son access into the house to see him.

At about 11:30 on Wednesday morning, therefore, after several failed attempts to reach his dad, Fadel allegedly organized 'thugs' to force their way to the house. This has led to his arrest.

The Accra Regional Police Public Relations Officer, DSP Efia Tenge, when contacted over the issue said that information received by the Airport District Police, indicated that some 'thugs' had invaded the residence of Alhaji Asuma Banda, located at the Airport Residential Area.

“The District Commander dispatched personnel to the residence and on arrival; they met about 20 young men under the leadership of the businessman's son Fadel Asuma Banda.”

She said “the men were spotted on the compound of the house trying to break the burglar- proof and glass doors of the hall and living room, where Alhaji Asuma Banda and his wife Edwina Baaba Banda, his children and other family members had taken refuge.”

She said police arrested three suspects but the others fled the scene to avoid arrest.

“Police later discovered that the suspects had used heavy concrete blocks and stones to cause damage to the main metal gate before forcefully making their entry into Alhaji Banda's compound,” DSP Tenge said.

The regional PRO continued that their reports indicated that in the course of the melée, one of the suspects, Aliu Bello, had slapped Chief Alhassan Abubakar Banda, one of Alhaji Asuma Banda's family members, and had snatched his Iphone X from him.

She said the police later retrieved the phone from the suspect after his arrest.

An armed guard is on duty as an interim measure to forestall a repeat of the earlier action.

Information gathered by Daily Guide indicates that Alhaji Asuma Banda has two wives but is currently living with the younger wife at his Airport Residential Area mansion where the incident occurred.

The reports continue that the said UK-born Fadel Banda returned Ghana, recently and wanted to see his father, who had rather indicated that the son (Fadel) does not respect him, and should therefore not be allowed entry into his mansion.

This information, the paper gathered, greatly infuriated Fadel, who believed it was his step mother who was willy-nilly preventing him from seeing his father; hence his decision to mobilize thugs to break into the house, just to enable him see his Daddy.

Meanwhile, Fadel Asoma Banda has reported that he thought his visit to Ghana could afford him the opportunity of meeting his father; but that, unfortunately, was not to be; as he has been thwarted in his efforts and denied access to his father by Edwina Baaba Coussey (Banda) his Daddy's younger spouse.

Fadel is reported to have said that he had been reliably informed that his father was critically ill, and that Edwina had surreptitiously taken him to her house without the knowledge of his children and family.

Fadel narrated that when he got to the step mother's house, the security man at the gate stopped him with the excuse that the father was not at home.

He further stated: “my next visit to the house for the second time, was when the same guy (the security man) came out to inform me that my dad said he doesn't want to see me.”

“I became justifiably suspicious as to what was going on; and if my dad didn't want to see me, I had the right to at least hear it from 'the horses's own mouth', him if truly he hadsaid so. It is strange that my dad will say he 'doesn't not want to see me, as I worked with my him for good 12 years as his manager; and all of a sudden I'm told “he doesn't want to see me. How come ?”, he queried.