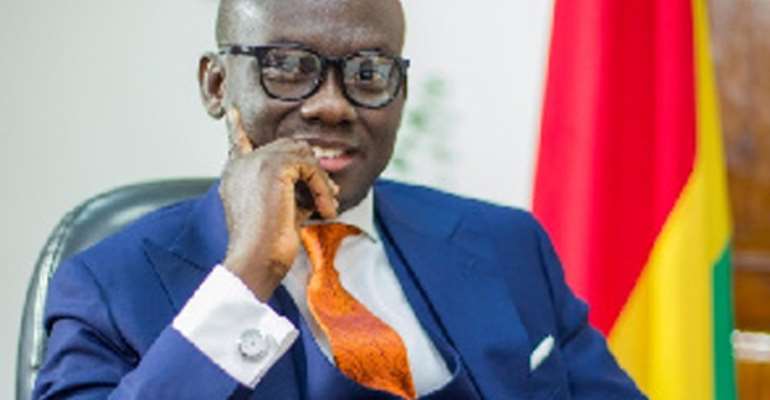 The engagement with the Chief Justice and for that matter the judiciary by the new Attorney General and Justice Minister Godfred Yeboah Dame last Monday was a rare opportunity to examine the state of justice delivery in the country.

The discourse brought to the fore the subject of retarded progress on the adjudication of economic crimes in the country.

The status of delayed justice delivery in general was dissected in a no-holds-barred fashion.

Delayed justice has not helped in the promotion of public confidence in the justice delivery system.

For many who have had something to do with the judiciary; civil or criminal, the system is so slow that in the case of the former, aggrieved persons simply lose interest in the case. The discontinuation of cases under such circumstances erode public confidence in the justice delivery system.

Although in some instances the delayed progress does not originate from the bench, many think so as they blame judges for the anomaly.

The cases of the murdered Major Mahama and the late J.B. Danquah are still nowhere in sight.

The police investigation link in the justice delivery system is hardly noted when the delayed adjudication of cases is discoursed.

All who have a part to play in the adjudication of cases must do so with a sense of urgency so that the waning confidence in the system can be arrested for the public good.

The judiciary is the bastion of our freedoms and should be considered as such; it would be regrettable therefore when that arm of government becomes a subject of opprobrium among Ghanaians.

One of the Supreme Court judges during the engagement rightly pointed out that unless the police do their work as well as the Attorney General's Department and expeditiously so too, the envisaged progress in case adjudications will not come about.

It was heartwarming to learn about the priority of the new Attorney General – a gentleman, who understands the challenges confronting the justice delivery system in the country.

When most Ghanaians resign themselves to the non-prosecution of economic crimes, their stance is steeped on evidence. This is one of the priorities of the new Attorney General, including the engagement of more state attorneys for which we wish him Godspeed.

We shall be observing the magic that he would introduce into the prosecution of economic crimes and secessionists activities as he has promised. Some of these categories of crimes, if not all, have raged on for so long that many have lost interest in them, of course out of emotional fatigue.

Ghanaians, of course not the partisan, who followed keenly the proceedings of the election petition hearing could not resist acknowledging the speed and quality of the management.

There was a timeline and within that period what could have dragged on for eight months as was the case with a similar one some years back, ended.

The Attorney General has set himself a task, which when he accomplishes, would change the face of the rather slow justice delivery system.

It might sound like a tall order, but with the assurance of cooperation by the judiciary, a seismic change could be in the offing.

He might have to engage with the law enforcement system too, that department being a part of the judicial delivery system and sharing a large chunk of the cause of the delay through foot-dragging investigations, some abandoned midstream.