The essence of broadening the Tax Net 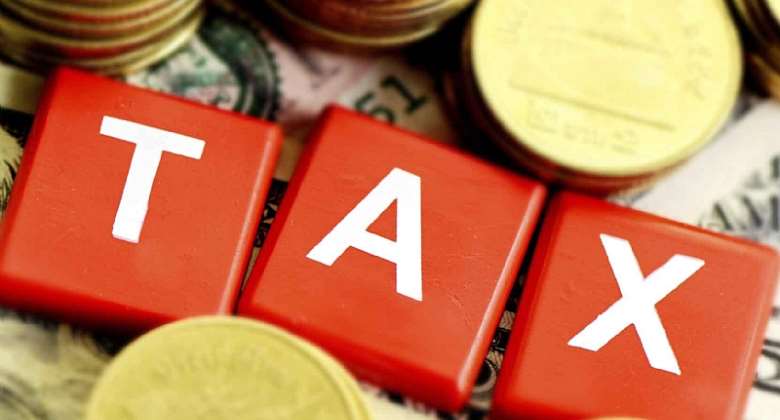 As at this morning, COVID-19 relief paychecks of $1,400 to every working American, has hit letterboxes. A family consisting a mother, father, and two children will receive 4×$1,400.

Now, this $1.9tr didn't drop from the skies, neither is it 'sika gari' from Nana Agradaa's shrine. It is from the taxes of the very Americans, where none is outside the net.

In these advanced societies, there's the existence of an Identification number without which an individual cannot secure a job. This ID is in a database that is available to the taxman.

So for instance, if you run away from your wife and kids, as a man, you'll still cannot run away from paying child support since the moment cash drops into your account, the taxman automatically gets the signal and the needed deduction is made automatically.

But we find ourselves in a society where it is only government employees that religiously pay taxes because they're captured in a database similar to what pertains in the developed societies.

Ghana's economy is predominantly informal and therefore the greater number of income earners are outside the tax net, yet, the State is expected to provide social services to all.

Typically, there are income earners in Ghana who don't pay taxes to the State because we just don't have the needed infrastructure in place to rope everyone in. On the contrary, those in the formal sector but earning meagre income are religiously taxed.

I remember when I was roofing my house and procured the roofing sheets from Rockstors Roofing Company, I contracted a carpenter who used two days to execute the job at a cost of Ghc3,500, in cash, without paying a pesewa to the State in taxes.

Meanwhile, we have workers in the formal sector whose monthly wage is not more than Ghc1000 but pay taxes religiously. But a carpenter pockets within two days and pays no tax because he is not captured by the tax net.

Now, the Americans being given the free cash, pay huge taxes on everything under the sun. With the payment of these taxes, the State provides all life's basics by way of health, accommodation, infrastructure, etc.

And for Ghanaians to demand same from the State, we must, as well, be ready to contribute our quota by being willing to pay taxes. And when that is done, then the State cannot be excused to come up with excuses as to why the citizens are not taking care of.

It for this reason that the President's policy drive to have the Ghana Card as a basic document for tax mobilisation is highly commendable.

When this system is finally in place, the State must ensure nobody, in either the formal or informal sector, gets a job without having his/her ID captured in the database of the taxman.

Social Protection policies as affordable housing must be a priority of the State so that a taxi or trotro driver wouldn't have to sleep in kiosks and corrugated iron sheet structures because they can't afford 3-year advanced rent payment.

When, for instance, when systems are put in place to enable a trotro driver or a mason to get access to either a State or private accommodation by paying a 2-week advance, naturally, they will have the reason for paying taxes.

When the roads are regularly fixed so that vehicles don't suffer untimely mechanical breakdowns with the resultant cost of maintenance, the people will be excited to pay taxes.

When streets are well-lit at night, people will be happy paying the commensurate ECG levy. When the taps are flowing, the people will be expected to pay the bills. When the trash is picked on time, the sanitation tax will be paid with a smile.

But, when the ordinary Ghanaian is religiously fulfilling these tax obligations but what he/she gets in return is politicians in fuel-guzzling SUVs with sirens blurring and shoving them aside at traffic intersections, then, the anger will boil and manifest at the polls.

But a politician who makes the welfare of the people a priority is never afraid of elections because the very people will ensure his/her electoral fortunes are bright and protected.

When the people are assured of basic socioeconomic existence, they don't become vulnerable distractive tools in the hands of unpatriotic populist bigots whose only desire is the attainment of political power to loot State coffers.