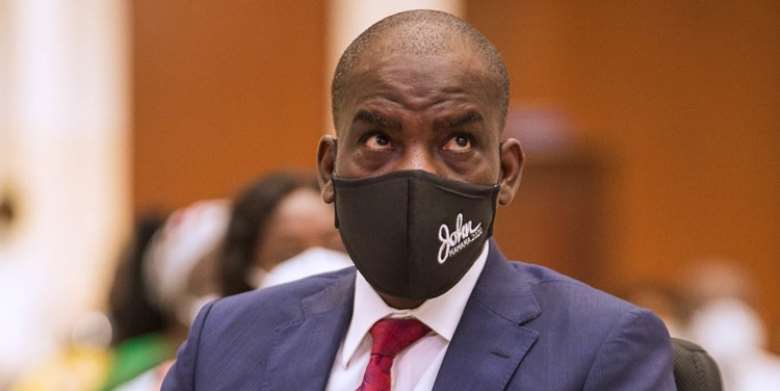 I write in my capacity as an ordinary Floor Member, and in fact, a Footsoldier, from the countryside, precisely, Northeast region. I wish to epitomise the footsoldiers by stating that I am highly obsessed with pain, anger, series of inflictions, coupled with enormous fears of the NPP attacks on us, to scribe this article to the leadership of the Minority Caucus to enable them candidly reexamine their actions in the light of the recent events (actions and inactions) of the minority caucus in Parliament.

The events, especially, the unexpected massive endorsement of the earlier rejected trio ministerial nominees, who were absolutely rejected by the minority caucus in the appointment committee, have aggravated the pains, anger, worries and troubles of the footsoldiers which were caused by the 7-0 endorsement of the stolen verdict in favour of Nana Akufo Addo by the Supreme Court.

The consistent apparent dismissals of the petitioner's cases by the Supreme Court and its ultimate ruling against John Dramani Mahama as the lead petitioner of the NDC should have been the principal guiding principle to the minority caucus in taking decisions regarding programmes and policies of President Nana Akufo Addo and the NPP. This ruling was not only a heavy disappointment to the hopes and aspirations of the footsoldiers across the length and breadth of the country but also to the leadership of the party.

Again, the unconstitutional removal of the Auditor General, Mr. Domelevo, suggests, to a large extent, that the NPP is not ready to share power with the opposition party in order to avoid being exposed in terms of its scandalous corrupt deals. To ask Mr. Domelevo to proceed on leave, and to subsequently carry out an investigation to get him removed ultimately from his appointment speaks volumes about the dealings of the government of Nana Akufo Addo.

There is no doubt that the cracks displayed by the minority caucus in approving the trio ministerial nominees has given the Nana Akufo Addo and the NPP government the impetus and the audacity to believe that they can do anything and get away with it.

Therefore, it comes as no surprise to some of us that President Nana Akufo Addo has gathered the momentum to reintroduce the scandalous *Agyapa Deal* once more without fear whatsoever. What in the mind of every sane person could be the motivations behind this attempt to bring back the deal?

It is quite clear that the minority caucus lack of a unified force displayed in the endorsement of the trio nominees who had no moral right to be appointed as ministers, largely, is the motivation. There is no doubt about that! Actions have consequences, to make reference to such a wise saying. Nana Akufo Addo has observed that the actions of the minority caucus in Parliament with regards to Mahama Ayariga's call for mitigation package for tertiary students under covid ravaged Ghana, and the approval of the trio nominees, amply revealed that the iron chains that once bonded the NDC have been broken and so reintroducing Agyapa deal will be a walkover this time round, he thinks. He Nana Akufo Addo further believes, with inducement, some members of NDC MPs can be bought successfully. He probably tried it and had results! This is very unfortunate and does not auger well for our young democracy.

The affront with which the president intends to reintroduce Agyapa Deal for parliamentary deliberations in the 8th Parliament is a great litmus test to the unity of the minority caucus of the NDC party, and it provides a singular opportunity for the said caucus to regain their already lost glorious honour and dignity, and this has the potential to help rejuvenate the hopes, confidence, aspirations and love of the grassroots supporters and to galvanize their support across the length and breadth of the country.

On this note, we should welcome the move by the president to reintroduce the deal because it is going to serve as a litmus test for the minority caucus in Parliament to regain its recently lost glory and help build the confidence, love, support and loyalty of the party supporters across the length and breadth of the country.

Hon. Minority Leader, you and the entire minority caucus have one more chance to prove your critics wrong!

Together, we shall overcome one day!