Roadmap to promote peace, security in Northern Ghana in the offing 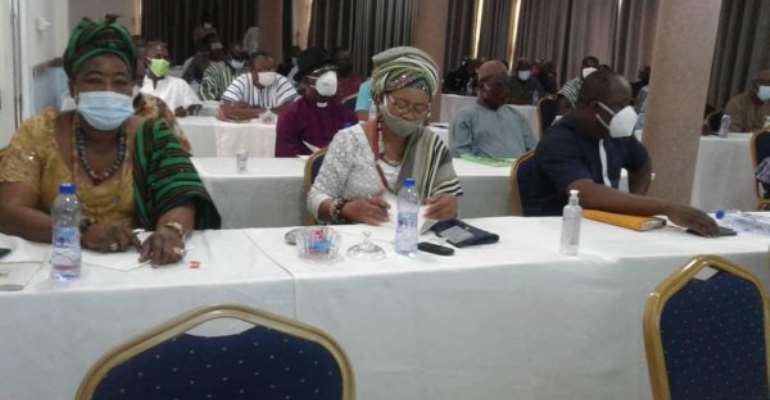 A roadmap to help promote peace, security and stability in the five regions of the north is in the under development under the Conflict, Security and Stability Fund (CSSF) in Northern Ghana Project.

Madam Eunice Agbenyadzi, the Programmes Manager of STAR Ghana Foundation (SGF), disclosed this at a regional stakeholder dialogue on conflict, security and stability in northern Ghana in Wa on Thursday.

The regional dialogue, formed part of a national conversation led by STAR Ghana Foundation and its partners to contribute to addressing the underlining causes of conflict, insecurity and underdevelopment in northern Ghana.

“What we seek to do is to promote local ownership, and what I mean by this is that the development of a people can only be driven by the people and it is important for the people to identify their priorities and identify how they want to go about these priorities,” Madam Agbenyadzi explained.

Madam Agbenyadzi therefore called for stronger stakeholder collaboration, including the private and public sector, religious and traditional institutions, and media, women and youth groups among others, towards ensuring the success of the campaign.

Madam Kim Bridger, a representative from the UK AID, noted that violent extremism and conflicts had led to increasing insecurity in many parts of the African continent.

She emphasised that the heightened threat of terrorism in neighbouring countries, calls for the need for Ghana to build capacity to prevent and protect itself against any such attacks.

She cited the activities of “alkaeda” militant group in West Africa as a serious threat to Ghana's security, which ensured the need for the UK government to support the government of Ghana to build resilience against such extremisms.

Madam Bridger observed that the UK had had a long standing cordial relationship, mutual respect and a strong commitment to peace and stability in the world.

That, she said, was why the UK government had taken that initiative in Ghana to help the country to maintain its reputation as the beacon of stability and peace in the sub-region.

The participants identified youth unemployment and poor chieftaincy succession as some of the drivers of conflicts, insecurity and instability in northern Ghana.

Personnel from the security agencies, Civil Society Organisations, youth and women groups and government agencies and departments from the Upper West and Savannah Regions attended the dialogue meeting.