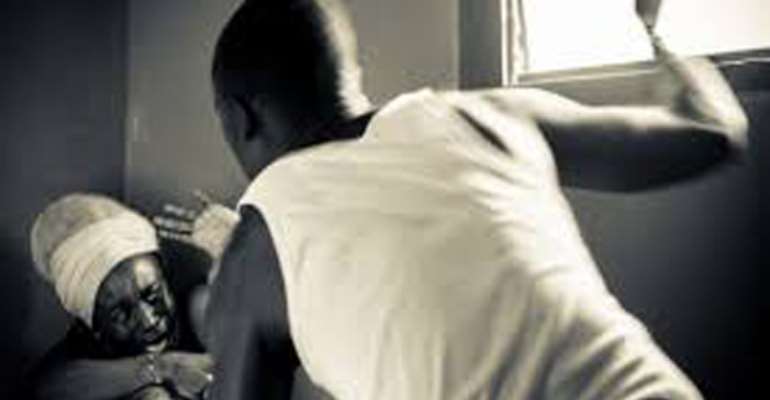 Two women are dead, both victims of alleged abuse by their husband and boyfriend respectively.

There is a rising spate of domestic violence in the country in recent times, some leading to fatalities. The trend has been around for a while now, a reality which informed the establishment of the Domestic Violence and Victim Support Unit in the Ghana Police Service. It is now on a disturbing ascendency; many cases unreported, especially when there are no fatalities. Victims continue to endure excruciating bouts of emotional abuse from their male predators.

The same story is trending in Europe and the US, a situation attributed to the COVID-19 occasioned lockdown.

Husbands and wives are forced to live longer together. Under the circumstances, the concealed fault lines of the men are exposed. The reality is that even before the pandemic, domestic abuses were common in the other hemisphere.

Although marital unions should be a matter between spouses—parents, family members, friends and neighbours must intervene when physical and emotional abuses underpin the relationship.

The tendency to sometimes compel a woman to return to an abusive husband because the union has been blessed with a child or children is not steeped in wisdom. Indeed, experience has showed that in some instances abused women only return to meet their deaths at the hands of abusive husbands whose violent characters are etched in their DNAs.

Although divorces are not to be encouraged, in cases where that is the only way to save the lives of abused women, so be it.

When women endure multiple assaults and the anomalies do not show signs of abating, divorce should be a wise option.

Some assaults originate from the women having had to depend on the men even while at school. Their requests to marry are therefore welcomed by poverty stricken parents, beneficiaries of the so-called benefactors' handouts.

Not being allowed to work by the rich husbands, the young ladies are totally dependent upon the men, serving the baby-making needs of the wicked and selfish men. When the honeymoon period is over and the abusive men start showing their true colours, their victims are unable to leave, stuck there like scars until the first assault becomes multiple and life-threatening.

We encourage law enforcement to be serious with domestic violence as the subject tilts towards an emergency in the country.

Thorough investigations should be undertaken and the law allowed to take its course. Any situation which leads to loss of life should not be taken lightly regardless of whose ox is gored.

Ramadan: Be mindful of COVID-19 – Bawumia advise Muslims
31 minutes ago