Concerning Political Mentorship, The NPP Youth May Be Getting The Concept Wrong 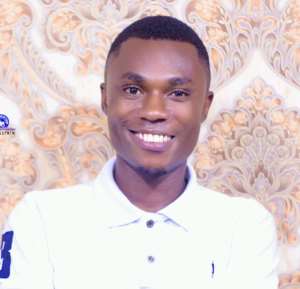 When we talk about leaders training younger ones, we seem to get a mental picture of who the "leaders" are wrong. Who, per our definition qualifies in the category as "leader"? The MP, CEO or Minister? or the Party National Executive or who?

Our inability to see beyond the aforementioned persons or offices makes us lose sight of who is the leader and who the young one is. If you ask me, the leader is not or should not always be the office holder. Why am I saying this?

In 2017, I'd observed from afar the exploits of one individual called Nana Kwadwo Akwaa. In fact, I read every line of article he scripted for NPP and followed every bit of research work he had undertaken in support of the NPP. My observations were done before, during and after the 2016 election. It was possible to track him because I shared most WhatsApp platforms with him.

What step did I take to reach him? I personally called him on phone somewhere in August 2017, extended my passionate affection for his style and encouraged him to keep doing what he's been noted to be doing for the party. I then professed my willingness to learn from him as a mentee if he so finds me worthy to be his mentee.

All this while, I was into writing as well. Probably, the only difference that existed between Nana Kwadwo Akwaa and me, Reindolf Amankwa was that; whilst Akwaa wrote on National Partisan Politics, Reindolf Amankwa wrote on National Students Politics. In fact, before I contacted him (Akwaa), I'd already won for myself the "pen god" of Ghana's students politics, a name many students in our students politics acknowledge me with. So, we had one thing in common: Good Writing Skills.

Nana Kwadwo Akwaa opened up to me, talked to me on phone for almost an hour as though we had met before. He encouraged me and then shared his utmost gratitude for my call to him. He requested that I give him some time to shake up the system since he was undertaking a research on FISHERIES and AQUACULTURE to help the advancement of a certain discourse in our fisheries and aquaculture ministry at the time. He said, "keep writing my boy whilst I also complete my research work but be rest assured you'll hear from me when all is over". These lines, I must confess, gave me hope that I'll hear from him though I didn't know when that would be. His call was to come in a month after our conversation.

He was to shock me with something I didn't see coming. Guess what! Nana Kwadwo Akwaa sent me ten (10) of my very own articles scripted over the years as a student writer. He told me, this is what you're good at already but I have more to teach you. Just avail yourself to learn and make me proud as a son. I became a member of CTI (Critical Thinkers International), a pro-NPP think tank after that day.

Since then, Nana Kwadwo Akwaa, though has no position as an executive of the party, not an MP, not a CEO, not a Minister of State or "big man" so to say has been a source of inspiration and mentorship.

Hhhmmm, may God be praised.