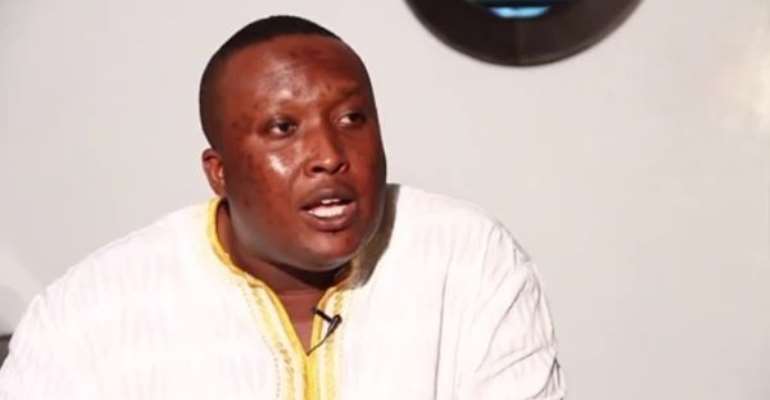 The elders of the royal Adzɔvia clan (Dei Azimaxada, Fuiga Agbeve, and Adzika Drafor) in the Volta Region, have said they have not conferred political or spiritual authority on any person bearing the name Price Charles Dedjoe.

The elders of the clan have denied knowing the man, who is currently in police custody and standing trial at the Madina Magistrate Court for the murder of his wife, Lilian Dedjoe.

In a statement issued by the clan signed by Ambassador Dan Abodakpi, the Zikpuitɔ of Awɔmezi on Thursday, 11 March 2021, the elders noted: “It was reported that in his bail application, Dedjoe's lawyer, Mr Nkrabea Effah Dateh, told the court that “his client had gone through the outdooring of Awɔmefia” and also “represents the political and spiritual leader of the Aŋlɔs in Ghana”.

The clan, however, stated categorically that Prince Charles Dedjoe “is not known to the elders of The Royal Adzɔvia Clan and the three families” mentioned.

It added: “Anyone who transacts business with the said Prince Charles Dedjoe in the name of Aŋlɔ does so at his/her own risk.”

Meanwhile, the International Federation of Women Lawyers (FIDA) is demanding justice for the late Lilian Dedjoe, who was allegedly battered to death by her husband.

In a statement signed by FIDA-Ghana President Mrs Afua Addotey, the women lawyers said the news of Mrs Dedjoe’s death, “once again, raises questions regarding the effective protection of women and girls from intimate partner violence and domestic violence”.

“FIDA-Ghana noted and commended the swift response of the police in arresting the suspect” – her husband, who is a businessman.

Domestic violence and intimate partner violence, the group said, “are pervasive human rights concerns that have engaged the attention of women’s rights defenders in Ghana for over two decades”.

FIDA-Ghana said it is joining its voice with other women’s rights organisations in calling for justice for Lillian Dedjoe.

“We also call on the criminal investigations department and the divisional police handling the case to exhaust all possible means to carry out thorough investigations to ensure that justice is done.

“FIDA appeals to the President to strengthen the country’s social protection system to benefit survivors and victims of intimate partner violence to enable them to attain an appreciable level of financial independence.

“It is critical for survivors of domestic violence and intimate partner violence to find a place that can provide them with shelter. This is a pressing need which is long overdue, and we call upon the new Gender minister, Hon Adwoa Saro to explore the possibility of making this a reality”, the group appealed.

FIDA-Ghana said it “believes that the criminal investigations department will ensure that justice is not denied to Lillian and trusts that a detailed and prompt investigation will be carried out to establish the truth behind her demise and deepen trust in the justice system”.